The Apple Watch is now being worn on 100 million people's wrists, according to a new report from Above Avalon's Neil Cybart. He estimates Apple reached that milestone in December 2020.

Cybart also estimates that 10% of iPhone owners have an Apple Watch, up from 8% at the end of 2019. The Apple Watch is now Apple's fourth largest install base behind iPhone, iPad, and Mac. At its current trajectory, it's likely that Apple Watch will surpass Mac in 2022.

The impressive growth of Apple Watch is credited to Wearables Fundamentals, Wrist's Appeal, the Cool Factor, and the Apple Ecosystem. Cybart believes that in the future, Apple Watch could function as an Identity Checker, Digital Health Purveyor, and Support Device for Face Wearables.

More details in the full report linked below. You can purchase the Apple Series for $49 off today and the Apple Watch SE for $10 off. 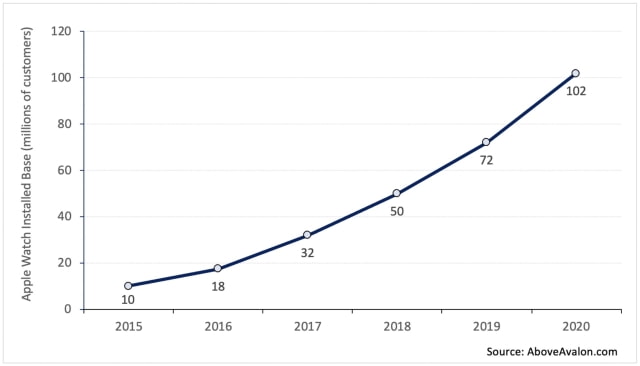