The standalone episode named 'Everlight' will be available on Friday, April 16th. It was written by Ashly Burch and directed and executive produced by Rob McElhenney. Following the 'Quarantine' special, the 'Everlight' episode will see the Mythic Quest crew return to work following the pandemic for their annual Everlight party. The episode features the voice of Anthony Hopkins.

"'Everlight' is a special episode that addresses the practical and emotional difficulties of returning to normalcy," said McElhenney. "It's full of hope and joy and optimism for a bright future. Ahead of our upcoming second season, we felt it was the perfect way (and the perfect time) to invite the audience back into the world of 'Mythic Quest.'"

The second season of Mythic Quest premieres Friday, May 7th on Apple TV+. Almost everyone is back in the office attempting to build on the success of Raven's Banquet with an epic new expansion. 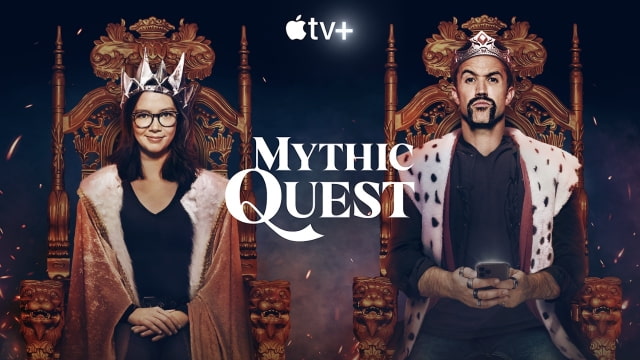