Reddit has announced a sneak preview of Reddit Talk, a new feature that will let communities host live audio conversations.

Currently, you can use text threads, images, videos, chats, and live streams to have conversations and hang out with people in your communities. While these are great mediums, there are other times where having a live audio talk may be more useful or, frankly, more fun. So we want to partner with you to explore a new way for community members to communicate with each other. 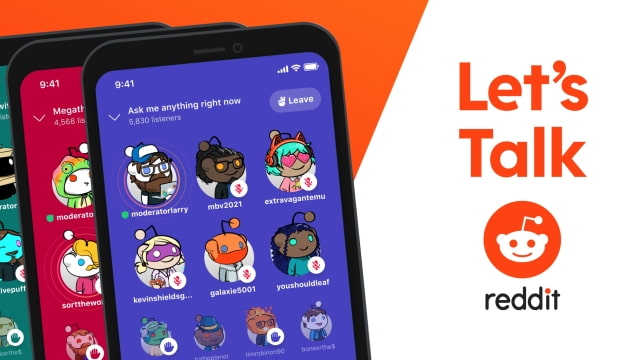 Starting a talk
Talks live within communities and, during early tests, only a community’s moderators will be able to start a talk (see below for more details around moderation).

Joining a talk
Once a talk is live, any redditor can join the room to listen in and react with emojis. Listeners can also raise their hand for the host to invite them to speak.

Moderating a talk
Hosts can invite, mute, and remove speakers during a talk. They can also remove unwanted users from the talk entirely and prevent them from rejoining. As we mentioned above, only mods can start talks during early tests, but they can invite trusted speakers to co-host a talk. We're looking forward to working with you all to make sure that Reddit Talk has the best moderation experience possible. 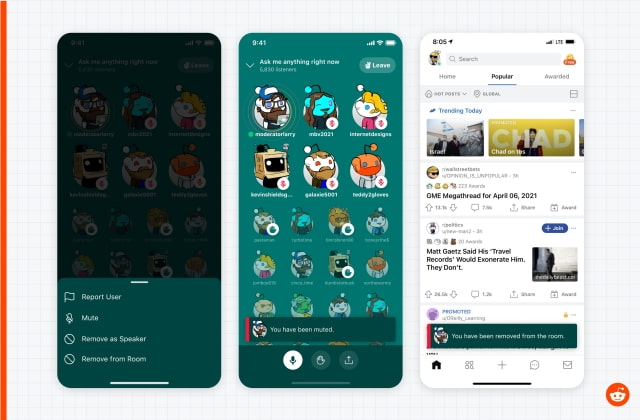 Reddit says it's testing ways for hosts to customize the look and feel of Reddit Talk with emojis and background colors. Redditors can change their avatar's appearance to fit the talk and features to support AMAs and other conversations are being explored as well.

If you're interested in trying out Reddit Talk you can join the waitlist at the link below. Early tests will only allow moderators to start talks but any redditor can listen in. After the tests are complete, reddit plans to work with moderators to let other trusted community members host talks as well. 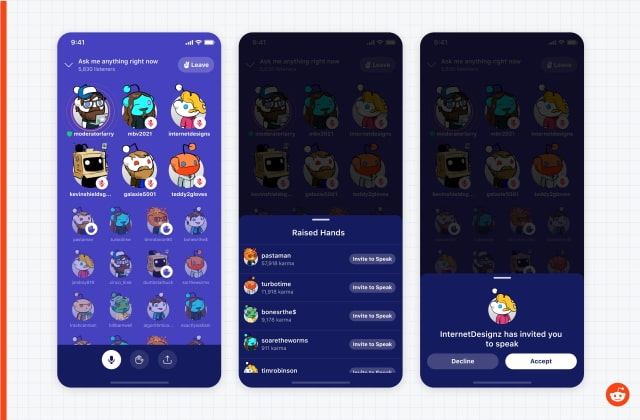