The HDMI port on Apple's new MacBook Pro is limited to 4K at 60Hz, according to Apple's specifications.

This likely means the notebook has an HDMI 2.0 port rather than an HDMI 2.1 port which supports 4K at 120Hz. It's unclear why Apple decided to go with HDMI 2.0 instead of HDMI 2.1 but perhaps there are bus bandwidth limitations involved. 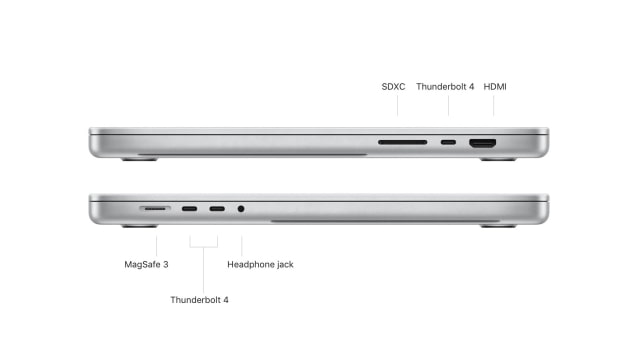 McApple1 - October 21, 2021 at 6:19pm
That’s not so bad. It’ll flourish with a few tweaks an engineer can do. I’ve seen it with soldered ram, and surely this is no exception especially with the help of OWC!
Reply · Like · Mark as Spam