Total PC shipments reached 341 million units last year, 15% higher than 2020 and the largest total since 2012, according to a new report from Canalys.

The two-year compound annual growth rate of 13% from 2019 emphasizes how dramatically the importance of PCs has grown since the onset of the COVID-19 pandemic. Notebooks and mobile workstations continued to lead the charge, with shipments of these devices growing 16% in 2021 to reach 275 million units. Desktop and desktop workstation shipments increased 7% in 2021 to reach 66 million units. 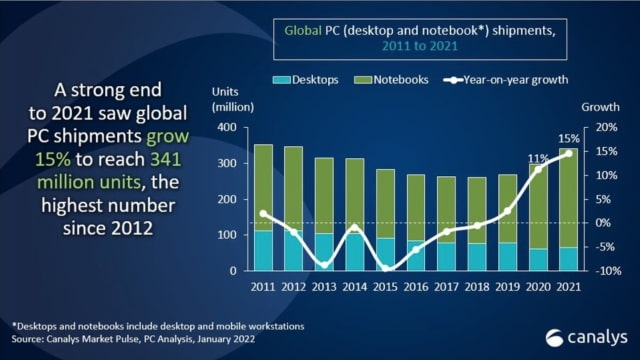 “2021 was a watershed year in the history of the PC market, with the PC’s place at the center of work, learning and leisure truly cemented,” said Ishan Dutt, Senior Analyst at Canalys. “For the market to post double-digit growth over an impressive 2020, despite the constant cloud of supply constraints, speaks volumes about how strong PC demand has been over the last 12 months. Taking a long-term view, the most important developments in 2021 were the large increases in PC penetration and usage rates. PCs are now in the hands of both young students and older family members, while ownership of two or more PCs per person has become more common in developed markets. Since the onset of the pandemic, a larger than normal proportion of PCs shipped have been new additions to the installed base rather than replacement devices, especially in areas such as education and remote work. This has set the stage for continued success for the PC industry as there is no turning back from how embedded they are in our day-to-day lives.” 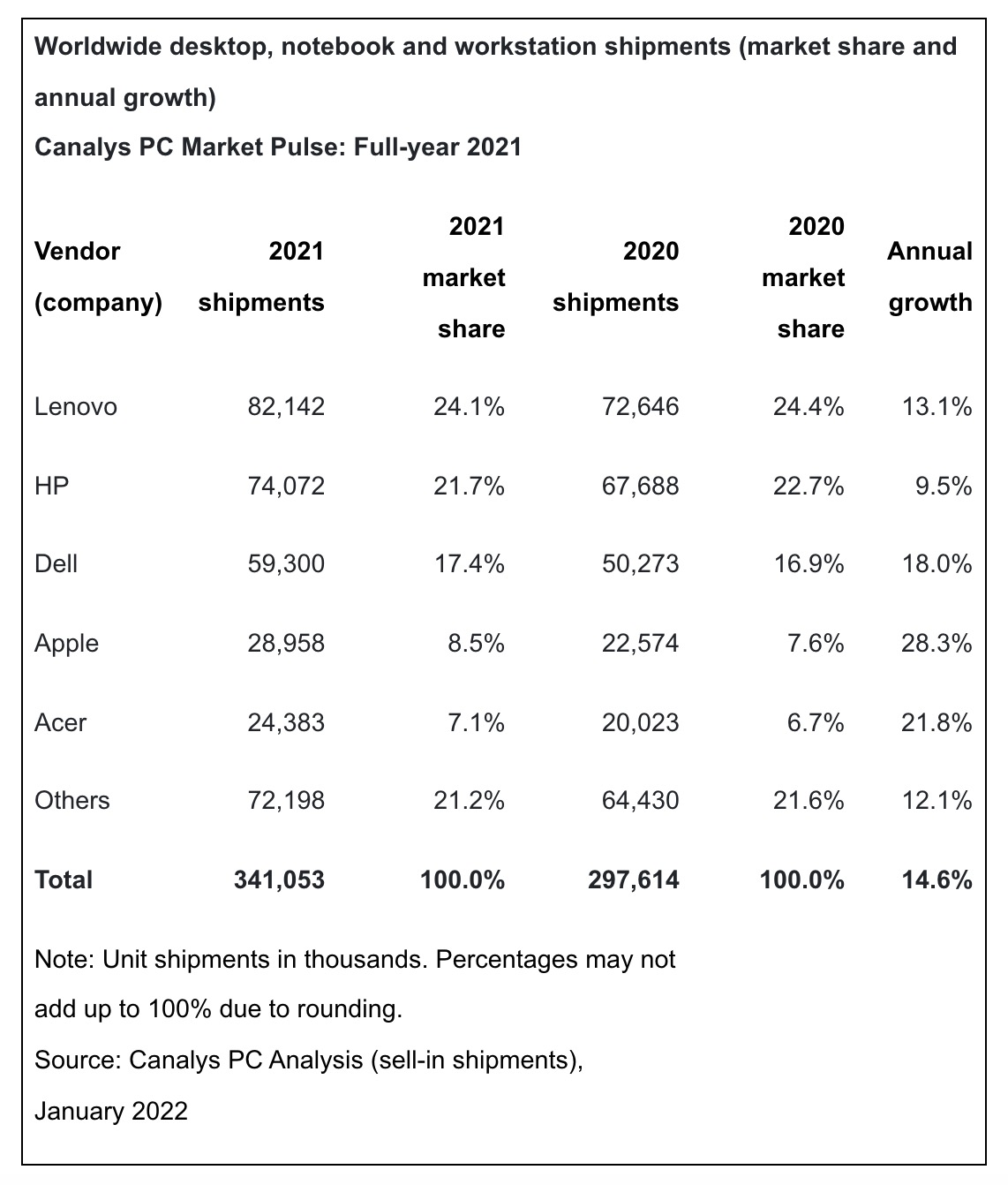 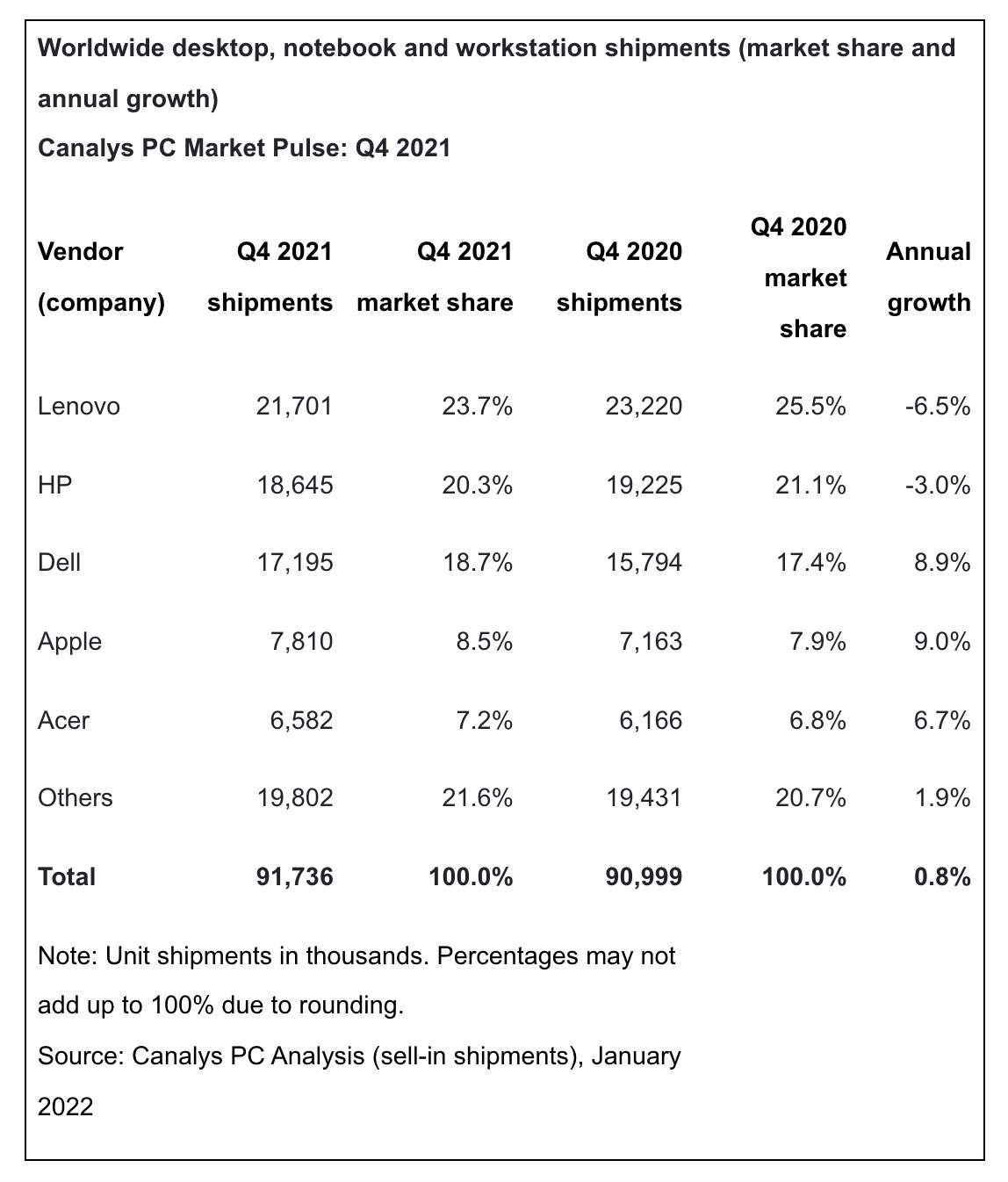