The Samsung Galaxy S22 has depreciated nearly three times more than the iPhone 13, according to a new report from SellCell.

The company examined the trade-in value of the iPhone 13, Galaxy S22, and Pixel 6 smartphones based on the resale value of the phones in 'like new' and 'good' condition. Looking at the data from the first two months since launch, there is a drastic difference in how brands hold their value.

Unlike those who shrewdly buy an iPhone—with all the value retention that brings alongside a fantastic product—those who invest in Android alternatives like a Samsung or Google handset can find themselves significantly short-changed. 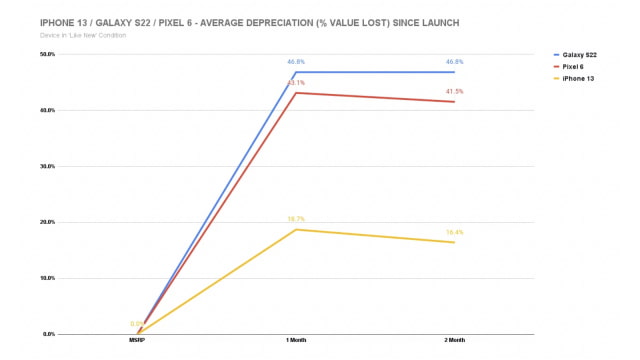