Facebook will be releasing a Cocoa framework for the iPhone that will integrate with Facebook Connect, according to a TechCrunch report.

The framework is expected to be released sometime in the fall, and will take the form of an SDK that can be used by developers of iPhone applications. Facebook Connect allows applications to integrate the facebook platform and the identity of users into their own applications. 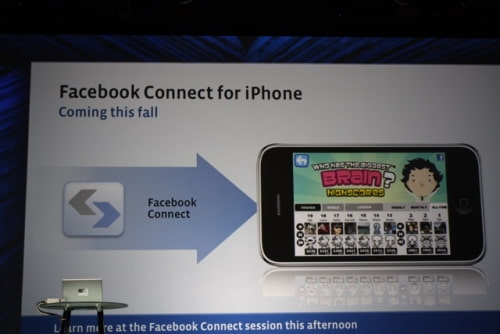