In an announcement about new content, Netflix revealed that they intend to add Mac streaming video support by years end.

-----
Hi, Brent here with some news about movies & TV episodes that are available to watch instantly. Today we announced an agreement with Starz Play that adds around 1,000 choices that you can watch instantly today, and will add another 1,500 by the end of the year. Movies include “No Country for Old Men”, “Ratatouille,” “Pirates of the Caribbean: At World’s End,” “Superbad,” and more. You can see all the newly available choices here.

You can watch these online on your PC or your TV via a Netflix ready device. Netflix ready devices include the Netflix Player by Roku, which is available now, the LG BD300 Blu-ray Network player, which will be available in a few days, or the Xbox 360, which will instantly stream movies from Netflix later this fall. And, for all of you Mac users (of which I am one) we’ve been busy working getting a solution that will allow you to watch instantly on your Mac. So hang in there - we’ll have something for you by the end of the year.
----- 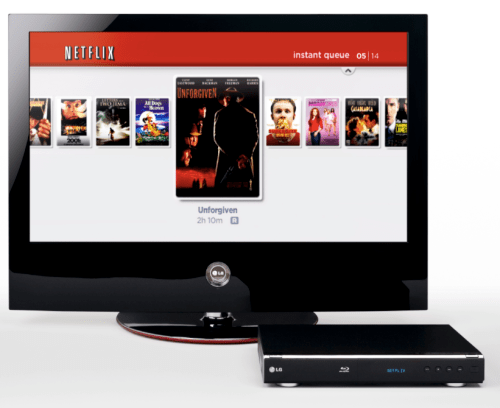