In addition to Retina displays for almost the entire new lineup, the new ultra-thin 15-inch MacBook Pro will be getting a complete redesign, losing the optical drive, and bringing it closer to to the thin design of current Airs. Like the new MacBook Airs, we have been told that at least some of Apple's prototype MacBook Pros have used Samsung's 830 series SSDs… Specifically, a 256GB Samsung 830 SSD was in use in prototype MacBook Pro we've been told, but we can only assume that Apple will use these SSDs across the line in various sizes. They are available in retail packaging from 64GB to 512GB configurations.

The drives offer real world speeds of over 400MB/s write and 500MB/s read as can be seen below... 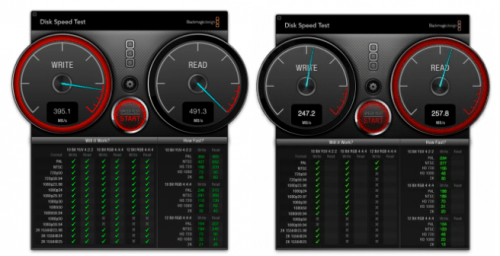