Check out this new concept and 3D model by Ricardo Afonso for a transparent iPad.

Sometimes I like to imagine how the design of some electronic devices will be in the future. In the specific case of tablets and smartphones, I imagine them as just a rectangular piece of glass that blends perfectly with the surrounding environment, without any elements of the hardware that could visually disconnect the user from the content during the interaction, improving the level of immersion and the user experience.

However, because we are still far from having such a device, I started thinking on how the appearance of the tablets will evolve in a more near future, with some elements from todays design mixed with a design that those fully transparent tablets possibly will have in a more distant future. Then, by using the knowledge that I have in the area of computer-generated imagery (CGI) and observing an iPad as a starting point, I created a 3D model of what I think it could be one of the next generations tablets, mixing elements from the current iPad with some more advanced elements, such as a transparent screen. As for the look of the operating system, I kept it pretty much the same as the current iOS, for when people see this concept can quickly identify it as an iPad. 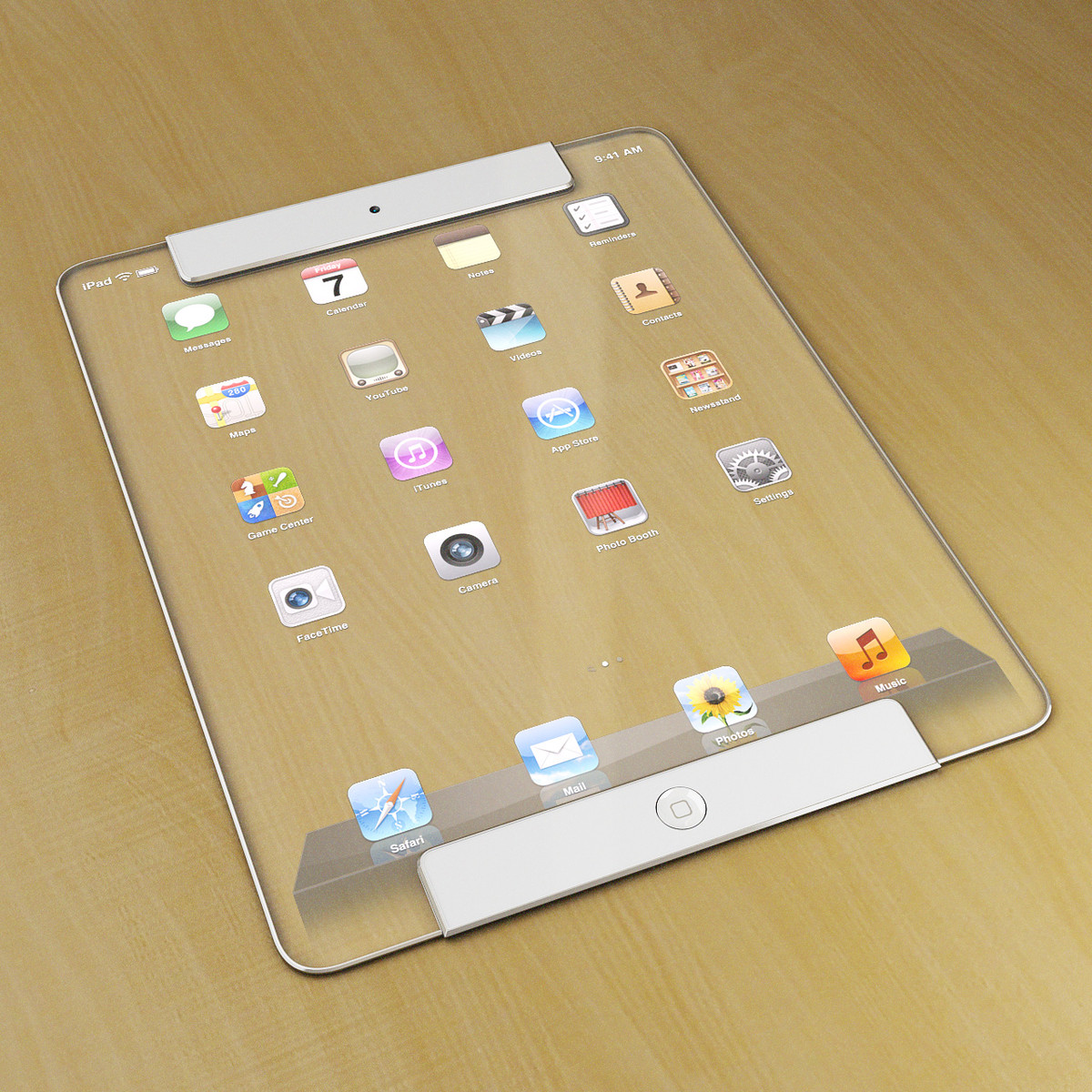 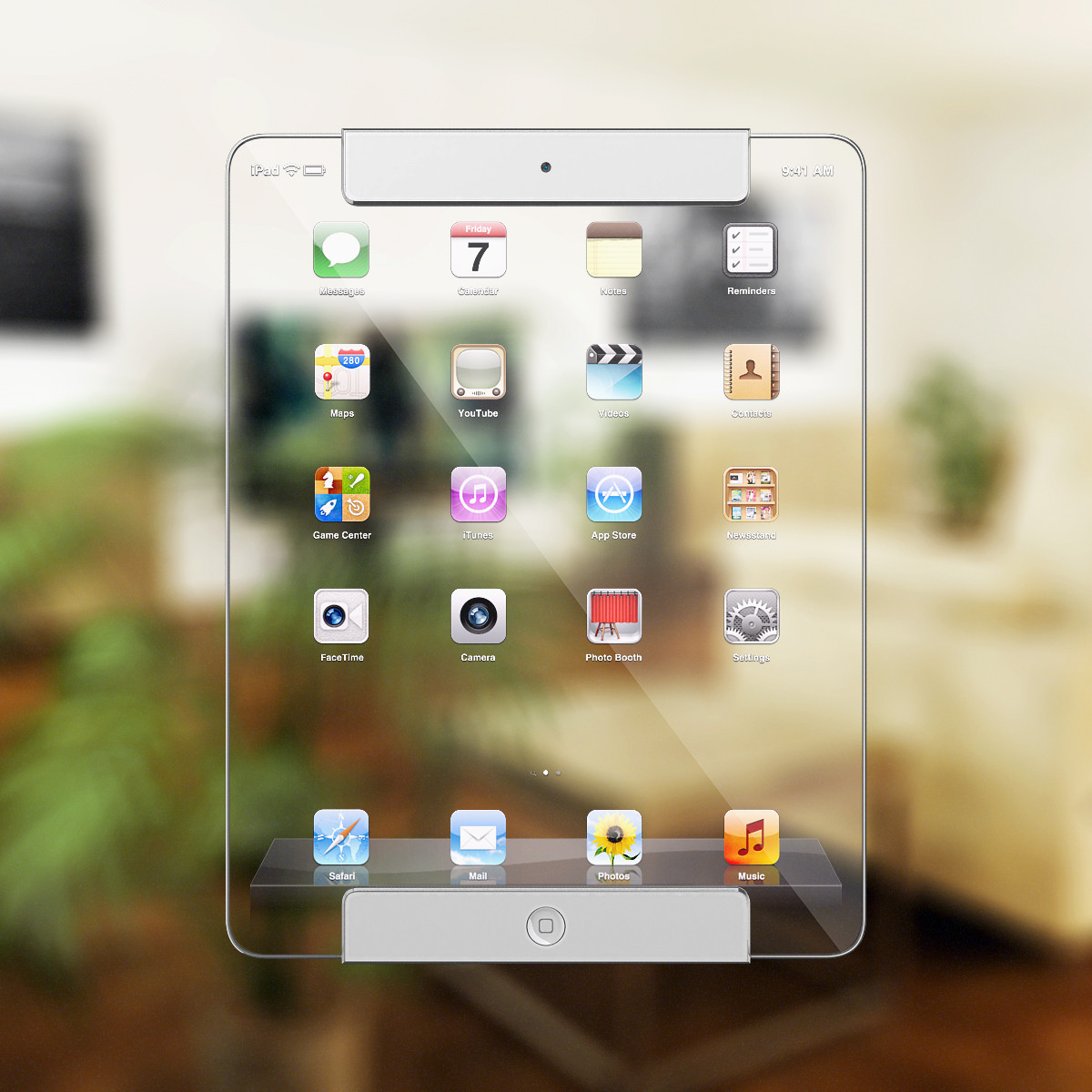 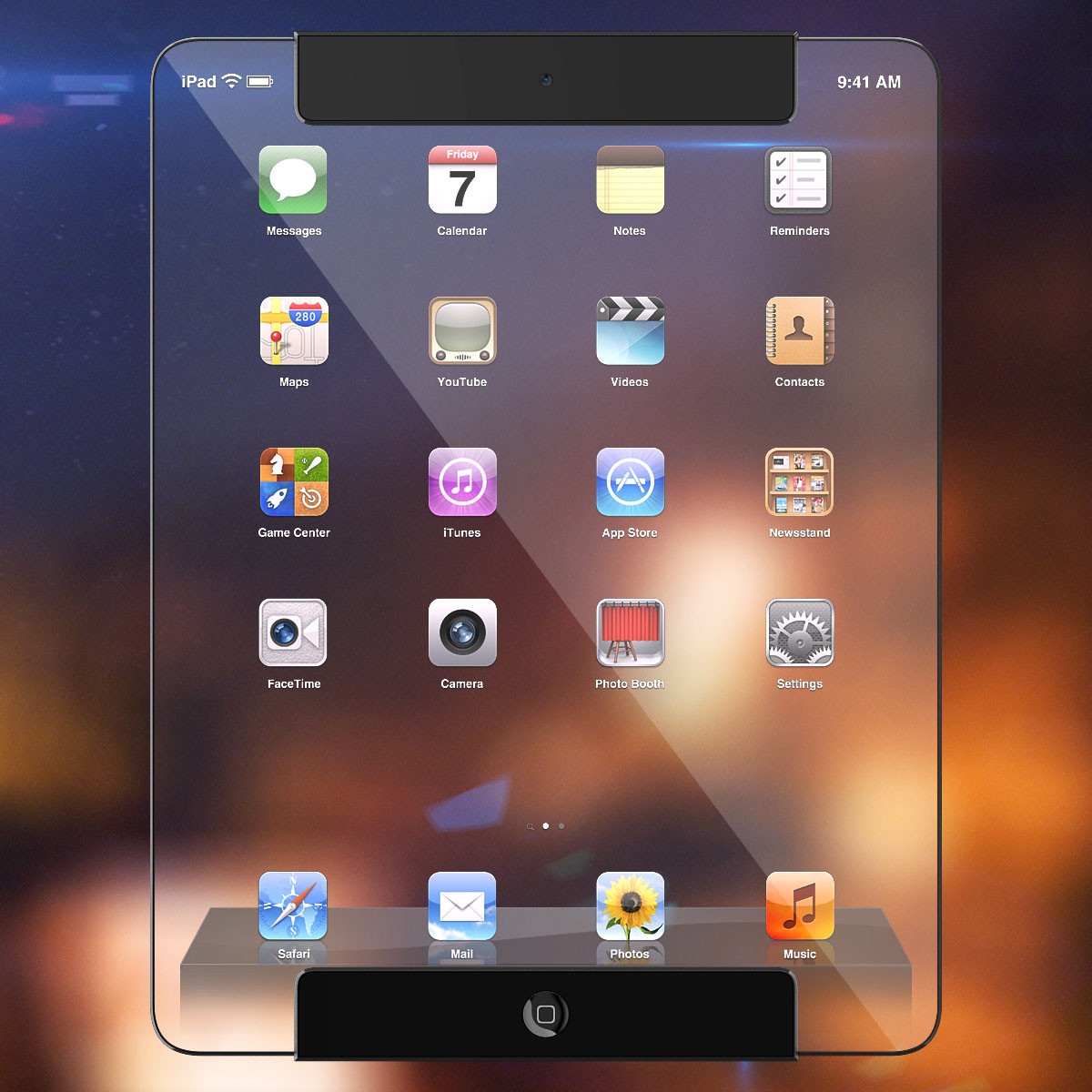 I. J. Kampel - February 11, 2013 at 9:49pm
This argument seems interesting but just to let you know that the technology for this device already exists in a reasonably developed stage. In fact I conduct research within the scope of transparent thin film devices and this concept is only the tip of the iceberg. Within the next 10-15 years a lot more will be possible [http://www.youtube.com/watch?v=6Cf7IL_eZ38] Enjoy.
Reply · Like · Mark as Spam

iPad guy - February 6, 2013 at 12:22pm
Everybody's talking about battery but there's a whole Lotta other shit going on here battery is the one thing I wasn't to worried about pretty cool but so are a lot of concepts I've seen. some crazy shit and I'm sure you'd all have arguments on all that but it was a nice video & I don't think this should be taken so serious lol.... Did you all see the two iPads that linked together and make a 3-D holographic projection of a football video game... Now that kind a could happen sooner but seriously what about the battery issue there lol
Reply · Like · Mark as Spam

Sigh - February 3, 2013 at 8:54pm
To all these people saying it won't work, obviously. It's a future conception. Atleast in this he left strips at the top and bottom to house the components. I hope in years to follow we aren't limited to the same batteries we have today.
Reply · Like · Mark as Spam

Steve Jobs - February 3, 2013 at 8:41pm
"Tim cock" u idiot u been watching them bond movies again ain't ya, the idea of projecting the image from the rear camera to the front screen will never happen on a iPad the tech behind it would be too big to fit into a iPad plus even if it were to work it would only really work on things that didn't move to get the best effect, so shut up and go back to your movies!!
Reply · Like · Mark as Spam
34 More Comments
Recent