ZodTTD has released the first public version of snes4iphone that supports the iPhone 2.x.x firmwares.

Whats New in v3.5:
- Updated interface. Includes File Browser, Recents, Save States, and Options.
- Loads more than 300 ROMs in a single directory without crashing due to timing out on program load.
- Improved the options set for the C-based interpreters. More games now run, and some run better such as Super Mario RPG.
- Better auto-frameskip.
- Fixed a a few controller bugs. Should react better.
- Worked on performance as much as I could. Still it’s best to play games without sound, for a very large performance increase.
- Added snesadvance SuperDAT speedhack support. It’s off by default as it can disable sound in some games. I haven’t seen much performance gain to warrant it being on default. It’s been fixed since the beta release and it’s an option now.
- Added an option for turning on and off transparencies to gain performance.
- Added a framerate counter option for debug purposes.
- Skins are back to being supported!
- More and more. 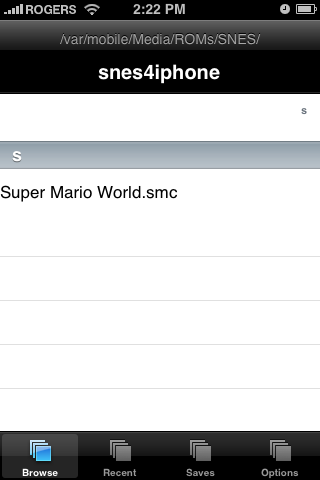 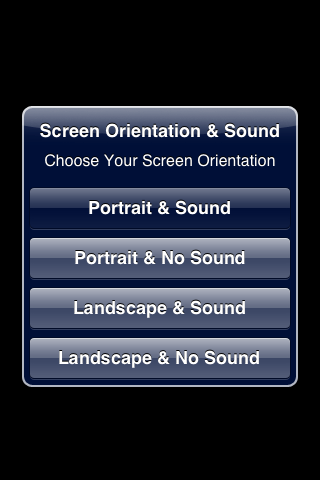 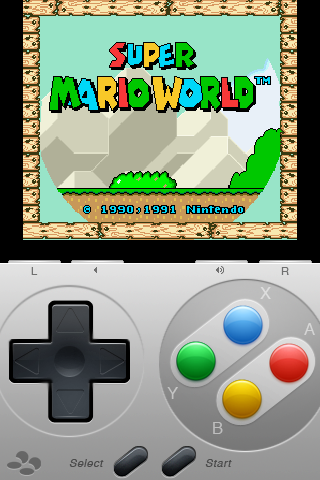 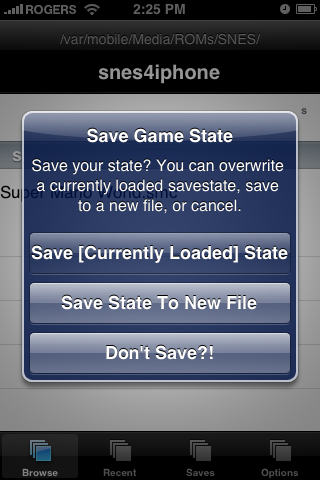 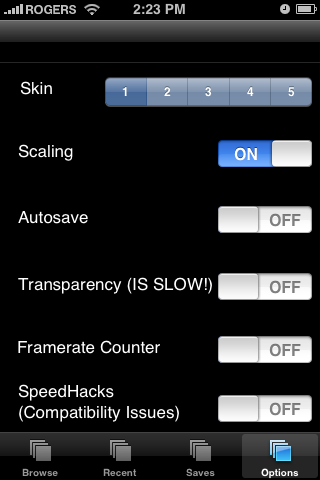 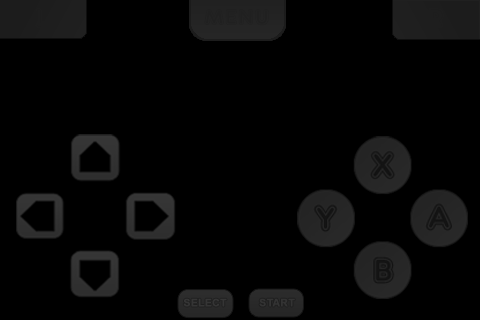 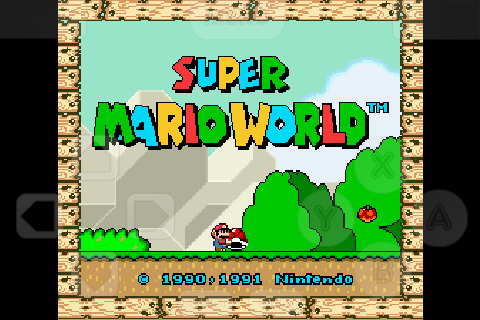 Airbase - February 14, 2009 at 9:14pm
I Believe you have to move them manually to the directory from which the application reads roms.
Reply · Like · Mark as Spam
0