Apple's upcoming streaming service will reportedly be revealed at WWDC in June and until then we're sure there will be lots of rumors regarding the next chapter for music in Apple.

Today, Hits Daily Double is reporting that rival service Tidal, owned by artists including Jay Z and other high-profile music stars, has ramped up pressure on Apple to secure exclusives. Tidal launched months ago with the idea of placing the power in the artists. The service claims to offer the highest percentage of royalties than any other music service.

Tidal’s use of exclusives from its star artists has ramped up the pressure on Apple Music, which is also counting on exclusives—and both are going directly to artists and then circling back to their labels. These efforts run counterproductive to the needs of the labels, which want to distribute their content wide, while disrupting the relationships between the labels and their acts who agree to do the exclusives. This is a major issue as Apple Music prepares to go live.

Interestingly enough, Hits Daily Double is also hearing chatter that Kanye West's upcoming (and long-delayed) album is rumored to be connected to Apple Music's launch. This is especially odd since Kanye West was one of the artists who signed the Tidal music contract/pledge. Kanye West is also good friends and business parters with Jay Z, who acquired Tidal back in January, which leads us to believe this rumor is unlikely to be true; however, HDD is a fairly reliable source.

Kanye West is making changes, distancing himself from Tidal, firing Roc Nation and managing himself, with an unofficial assist from the Jenner-Kardashian clan.

Apple Music is set to be revealed next month and feature a premium-only tier of $9.99/month. Apple is hoping to push a premium music subscription through free trials, song sampling, and a revamped iTunes Radio. 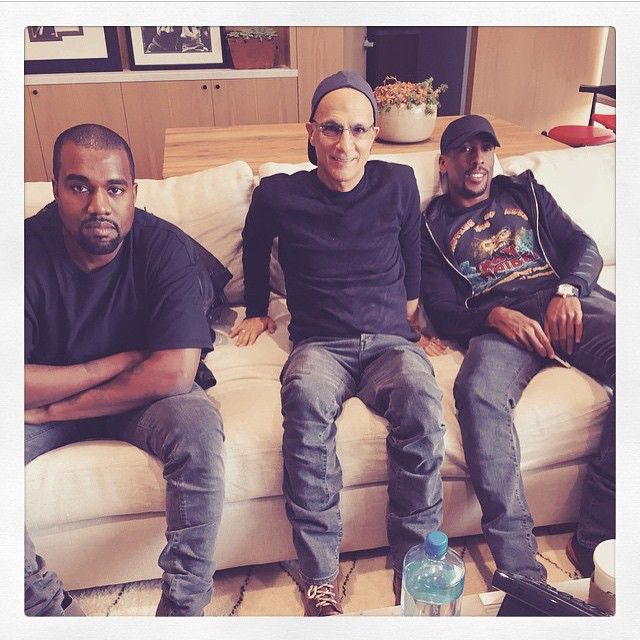