Apple is planning to release a 9.7-inch iPad Pro in March, not a new iPad Air 3, reports 9to5Mac. The tablet will allegedly be revealed on March 15th and ship as early as March 18th.

The new iPad Pro is said to have nearly the same features and specs as the larger model with an A9X processor and additional RAM. It's also said to support the Apple Pencil.

We previously reported that the new 9.7-inch iPad model will include a Smart Connector, and now we have learned that Apple is preparing a smaller version of its Smart Keyboard cover attachment for the new model, and it likely will be ready for March. Like the 12.9-inch models, quad stereo speakers will be part of the hardware. The 9.7-inch iPad Pro is also expected to come in the same colors and storage capacities as the larger iPad Pro, but the pricing will be closer in line with the iPad Air models it will succeed.

It's believed that Apple may discontinue the iPad Air (1st gen) and iPad mini 2 upon launching the new iPad Pro. 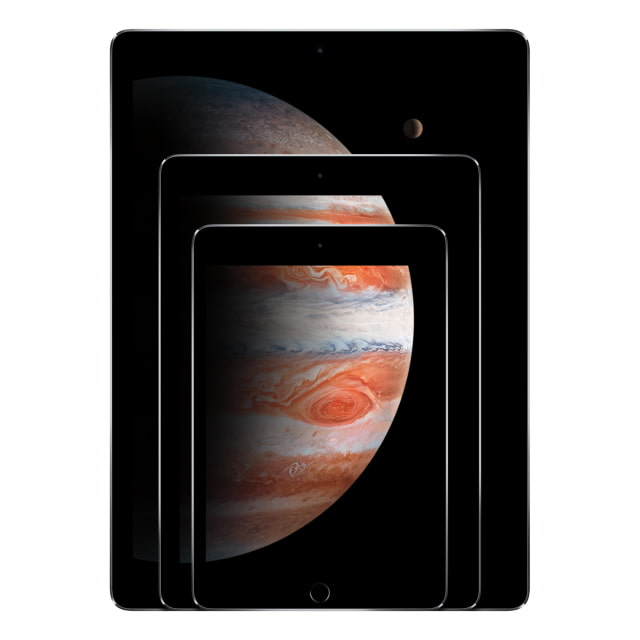 odedo1 - February 26, 2016 at 8:08pm
I feel bad for all the people who bought last year the huge ipad pro and the iPad Air 2 and I'm sure that they feel like they have been cheated by Apple and that if they only knew that a normal size iPad pro would be out so soon later, they would have waited, Apple sure took them to the bank.
Reply · Like · Mark as Spam

Jon Ivy - February 25, 2016 at 11:03pm
Well, that would admit that the large iOad was a failure, and a lack of leadership after Steve is being filled by a bunch of incompetent but fantasizing dreamers, who try to 'figure it out' without having a clue... Welcome Apple 2014 !
Reply · Like · Mark as Spam

Tim Cuuk - February 25, 2016 at 11:27pm
Since you're so but hurt against the large iPad being a hit with users who always figured it out Steve or not along with straightforward leadership and a handful of real mind blowing smart visionary people, it goes to show with reality! Welcome Apple 2014!
Reply · Like · Mark as Spam

YourMøtherSūcksCøcksInHēll - February 26, 2016 at 3:29am
You're an idiot, the iPad Pro was a success. The MacBook Pro comes in 3 different sizes, and they're all under the "MacBook Pro" monicker. It is reasonable to assume that will carry on the iPad line. Stay mad dumb dumb.
Reply · Like · Mark as Spam

*#%+=*^*! - February 26, 2016 at 6:57pm
@Jon Ivy: The iPad line is a success you moron! When they released the iPad pro and the apple pencil it is an alternative to the expensive Wacom cintiq and is much better. The stylus has much better control than their's. Wacom is leading before but when the iPad pro came, they changed the game. I think you cannot understand it because your just a consumer who doesn't know the use of your gadgets!
Reply · Like · Mark as Spam
Recent