At Apple, Wandell will be tasked with developing big-ticket productions that can travel well around the world. He will report to Apple Video chief content officers Jamie Erlicht and Zack Van Amburg in his role as head of international creative development for worldwide video. He starts at Apple’s Culver City office at the end of this month.

Wandell's move to Apple has reportedly been in the works for months. He is the latest in a string of high-profile hires as the company works towards producing more original content. It's said that Apple has given the Erlicht and Zack Van Amburg $1 billion to develop original programming over the next year.

On LinkedIn, Wandell notes that over his career, he has shepherded numerous acclaimed shows from conception to broadcast, including Amazon Studios’ Emmy award-winning show “The Man in the High Castle,” and the Golden Globe award-winning show “Goliath.” Prior to becoming a producer, Morgan spent many years as a senior development and programming executive at ABC Studios, assembling the creative team that launched international hit shows like “Lost,” “Desperate Housewives,” and “Grey’s Anatomy.” 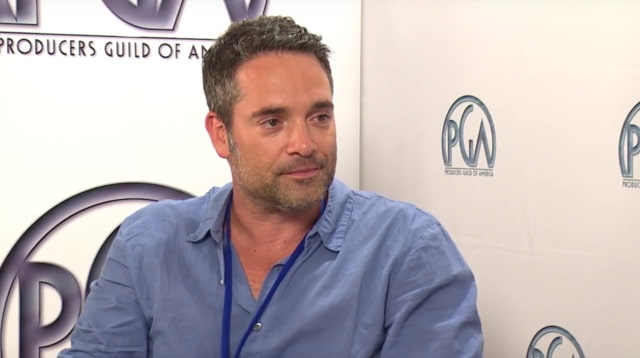 Hewman - October 22, 2017 at 1:57am
I was wondering who the person at Amazon was who put out TMITHC. That was a bold ad campaign with all those busses and shelters wrapped in huge swastikas. Shocking that they got complaints. /s
Reply · Like · Mark as Spam
Recent