Apple has released watchOS 5.1 for the Apple Watch which brings several bug fixes and improvements.

● Apple Watch Series 4 automatically contacts emergency services if you are immobile for about a minute after detecting a hard fall. The watch will now also play a message that informs the responder that Apple Watch has detected a fall and shares your location coordinates when possible.
● Fixes an issue that could cause an incomplete installation of the Walkie-Talkie app for some users.
● Resolves an issue that prevented some users from being able to send or receive invitations on Walkie-Talkie.
● Addresses an issue where some previously earned Activity awards were not showing in the Awards tab of the Activity app for some users.

Some features may not be available for all countries or all areas. For more information visit: https://www.apple.com/watchos/feature-avaialbility/

You can find instructions on how to update your Apple Watch software here. 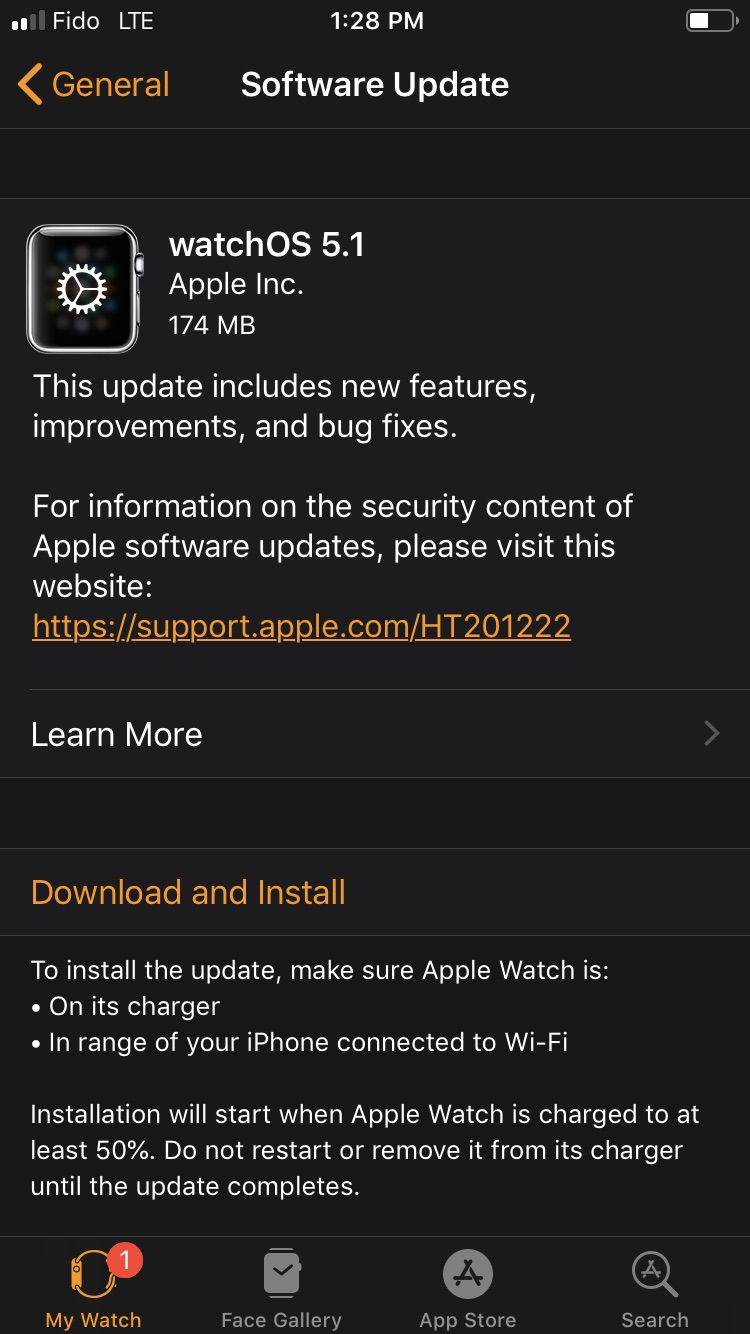 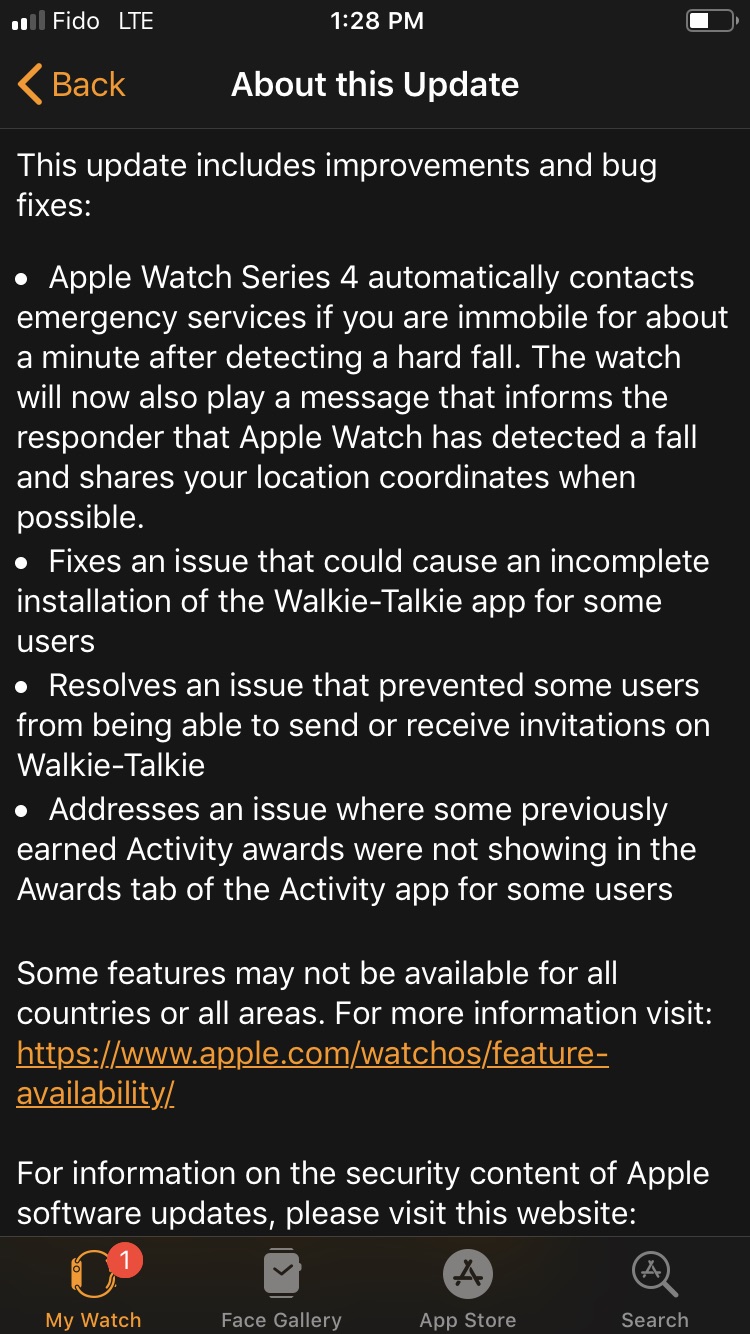