Samsung has announced a press event on February 20th to unveil its 10th anniversary flagship phone, likely called the Galaxy S10. Reportedly, the company will also show off a fully functional version of its foldable smartphone at the event.

The Galaxy S10 is expected to feature bigger screens and more cameras. Rumors have suggested it will launch in three variants and hit shelves in March. A fourth version with 5G network support will be released later this spring.

The WSJ reports that Samsung has moved up the release of its foldable smartphone to April due to Hauwei's plans to unveil a competing foldable device at MWC in Barcelona. The trade show takes place February 25-28.

Samsung has signaled to partners that the foldable-screen phone could be released in April, though no final decision has been made, according to people familiar with the matter. The device's name is still being determined, with "Fold" or "Galaxy Fold," as well as "Galaxy F" as three possibilities, the people said.

Samsung's event is being held on February 20th at 11:00am PT at the Bill Graham Civic Auditorium in San Francisco. 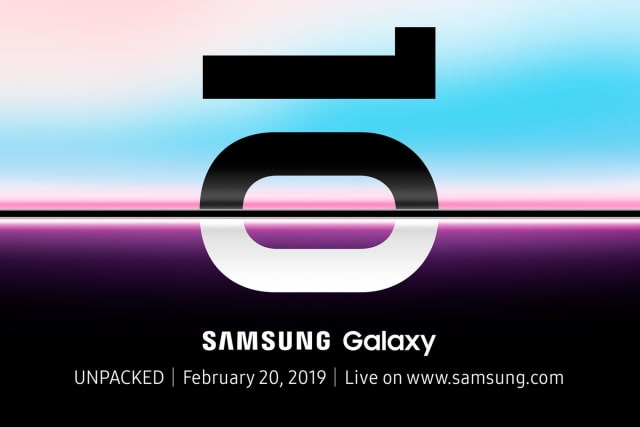