The EEC doesn't provide any information about the devices except their model numbers. Current rumors suggest that the 'iPhone XI' will feature an A13 processor, a triple-lens camera, and two-way wireless charging. 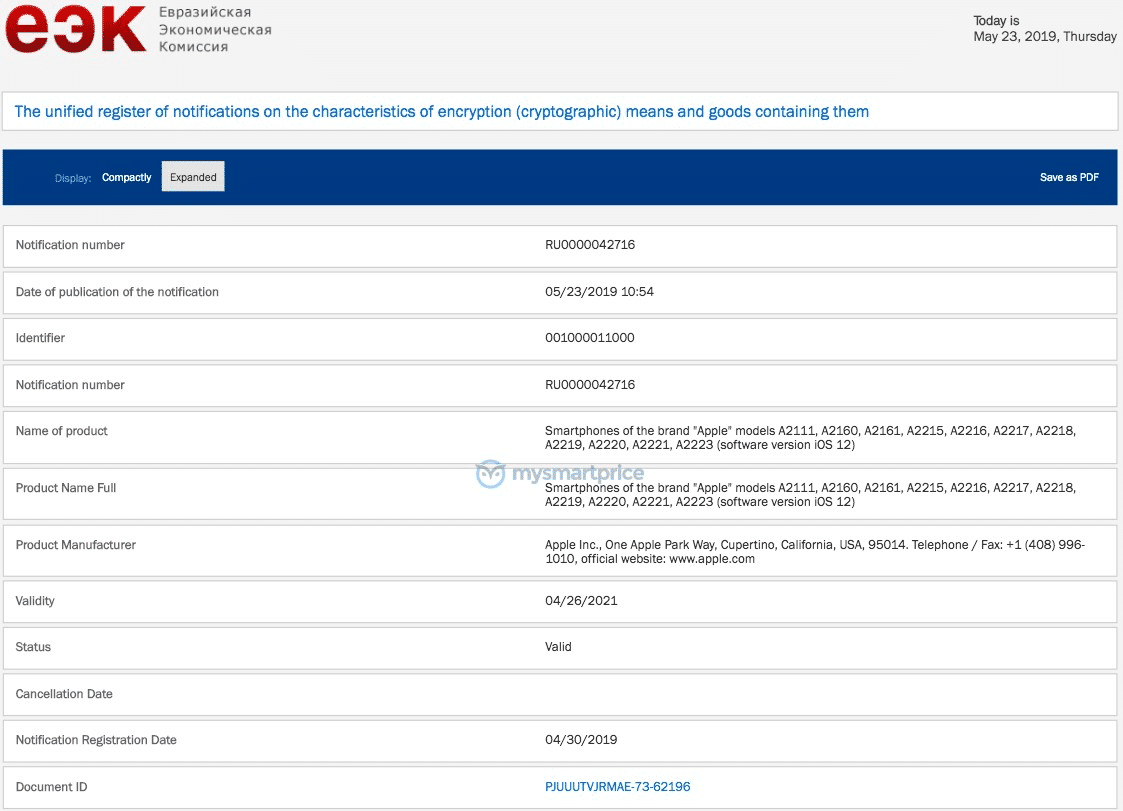