Facebook has announced a new cryptocurrency called 'Libra' and a new subsidiary called 'Calibra' that will provide financial services to those participating in the Libra network.

Libra is described as a simple global currency and financial infrastructure that will make moving money around the world as easy and cheap as sending a text message. It was designed in partnership with 27 other companies including Visa, Mastercard, PayPal, and others.

Securing your financial assets on your mobile device should be simple and intuitive. Moving money around globally should be as easy and cost-effective as — and even more safe and secure than — sending a text message or sharing a photo, no matter where you live, what you do, or how much you earn. New product innovation and additional entrants to the ecosystem will enable the lowering of barriers to access and cost of capital for everyone and facilitate frictionless payments for more people.Now is the time to create a new kind of digital currency built on the foundation of blockchain technology. The mission for Libra is a simple global currency and financial infrastructure that empowers billions of people.

Highlights:
● Mobile: Libra will be accessible to anyone with an entry-level smartphone and data connectivity.
● Stable: Libra is backed by a reserve made to keep its value stable.
● Fast: Libra transactions are quick and easy, no matter where you are sending, or spending, your money.
● For the world: Libra is a global cryptocurrency that will be available around the world.
● Scalable: Libra will foster an ecosystem of products and services made to help people use Libra in their everyday lives.
● Secure: Libra is a cryptocurrency, built on a blockchain designed with security in mind.

Libra will be controlled by The Libra Association, an independent, not-for-profit membership organization headquartered in Geneva, Switzerland.

Facebook is expected to maintain a leadership role in creation of the Libra Association and the Libra Blockchain through 2019; however, final decision-making authority rests with the association. Calibra, Facebook's new subsidiary, plans to introduce a digital wallet for Libra that will be available in Messenger, WhatsApp, and as a standalone app in 2020. 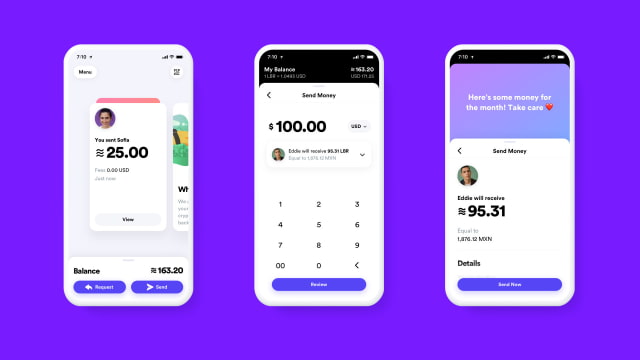