Virgin Australia has announced that all MacBooks are banned from checked baggage until further notice.

Important information for passengers travelling with Apple MacBooks:
Due to a worldwide recall by Apple of a number of Apple MacBook batteries, ALL Apple MacBooks must be placed in carry-on baggage only. No Apple MacBooks are permitted in checked in baggage until further notice. 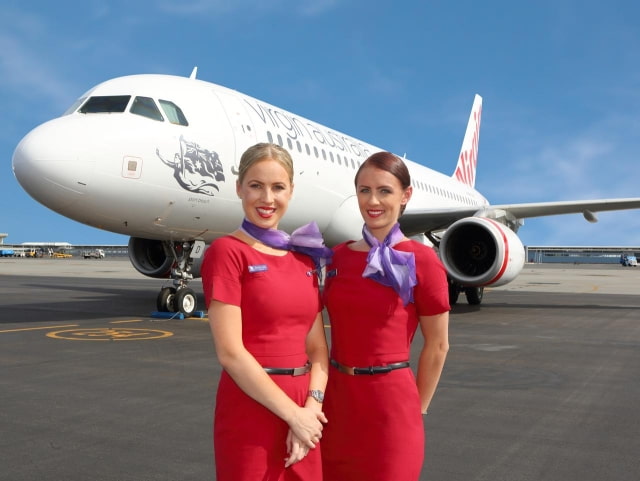 Recently, the U.S. Federal Aviation Administration banned select 15-inch MacBook Pros on flights due to the risk of a fire being caused by their defective battery. Laptops that have replaced batteries are not affected.

Unfortunately for travellers, Virgin takes this a step further with a blanket ban on all MacBook models.

You can find Virgin Australia's dangerous goods policy at the link below! 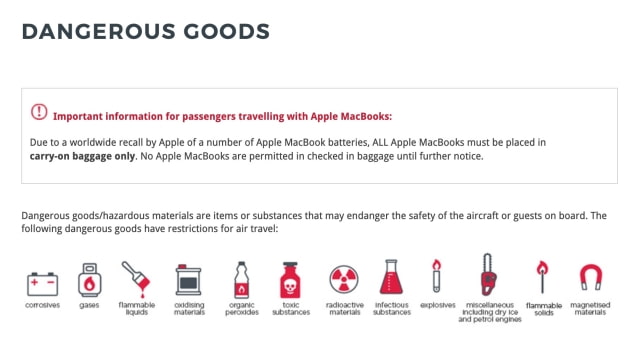