Starting at just $329, the upgraded iPad features a stunning 10.2-inch Retina display and the latest innovations including Apple Pencil2 support, the fast A10 Fusion chip, advanced cameras and sensors, unmatched portability and connectivity, ease of use and great all-day battery life. The new iPad is available to order starting today and in stores starting Monday, September 30.

“The new iPad packs even more value into our most popular and affordable iPad model featuring a bigger 10.2-inch Retina display, support for Apple Pencil and for the first time, the full-size Smart Keyboard,” said Greg Joswiak, Apple’s vice president of Product Marketing. “The new iPad was built to run iPadOS, which introduces powerful new ways to multitask, manage and mark up documents, use Apple Pencil and view more information at a glance on a redesigned Home screen. This new iPad with iPadOS takes everything people love about our most popular iPad and makes it even better for creating, learning, working and playing.” 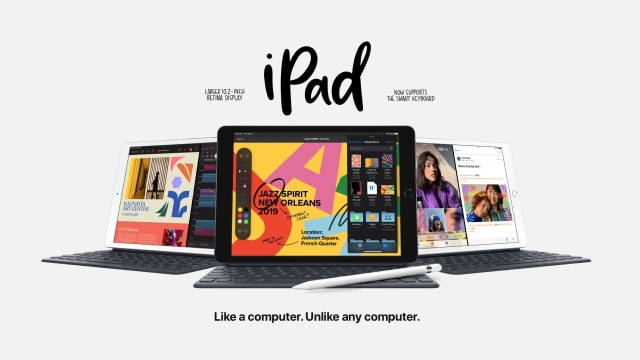 Bigger Display in a Powerful and Portable Design
The new 10.2-inch Retina display iPad has nearly 3.5 million pixels and a wide viewing angle making it a vivid canvas for creative expression and perfect for immersive augmented reality (AR) experiences that take advantage of its enhanced cameras and advanced sensors. Featuring the powerful A10 Fusion chip, the new seventh-generation iPad brings up to two times faster performance over the top-selling Windows PC4 for powerful multitasking and smooth gameplay in Apple Arcade. 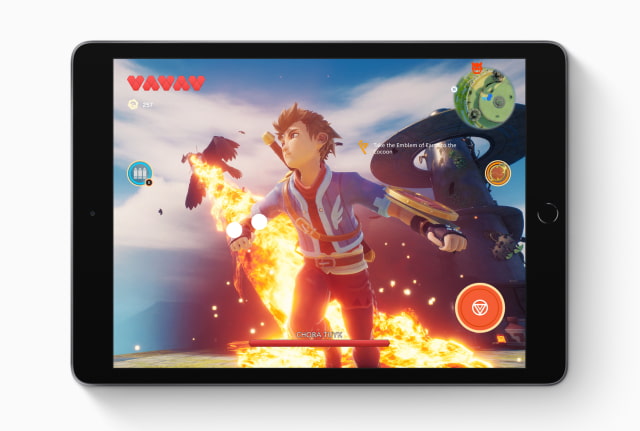 Designed to be ultra-portable and durable, iPad weighs about one pound and for the first time features an enclosure made from 100 percent recycled aluminum with the same strength, durability and beautiful finish as the aluminum in all Apple products. Staying connected is easy on iPad with ultra-fast wireless performance and support for Gigabit-class LTE connectivity — delivering three times faster cellular data connections. With Touch ID, unlocking iPad is simple and secure using just a finger, to keep important information safe. 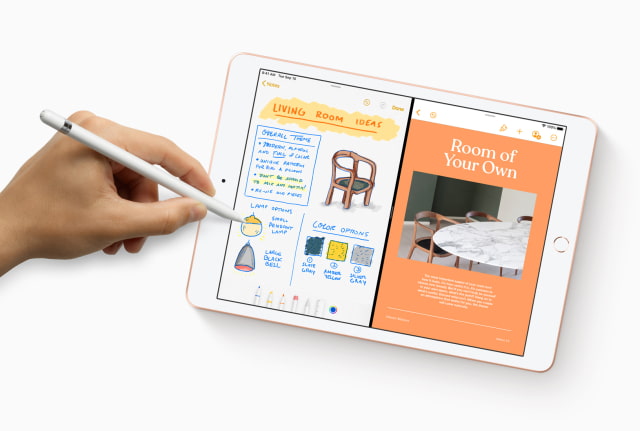 Pricing and Availability
● The new seventh-generation iPad comes in silver, space gray and gold finishes in 32GB and 128GB configurations. iPad starts at $329 (US) for the Wi-Fi model and $459 (US) for the Wi-Fi + Cellular model from apple.com, in the Apple Store app and Apple Stores, and is also available through Apple Authorized Resellers and select carriers (prices may vary).

● The new iPad is available to order starting today from apple.com and in the Apple Store app in the US and more than 25 other countries and regions. iPad will be available in stores in those countries and more beginning September 30.

● iPadOS ships for free with the new seventh-generation iPad and will be available as a free software update on September 30 for iPad Air 2 and later, all iPad Pro models, iPad 5th generation and later, and iPad mini 4 and later.

● Apple Pencil (1st generation) is available for purchase separately for $99 (US).

● The Smart Keyboard is a full-size keyboard that connects to the 10.2-inch iPad with the Smart Connector. It is available for purchase separately for $159 (US) with layouts for over 30 languages, including simplified Chinese, French, German, Japanese and Spanish.

● Polyurethane Smart Covers are available for $39 (US) for iPad in charcoal gray, white, pink sand and a new Alaskan blue.

● Customers in the US can trade in their eligible device for an Apple Store Gift Card or a refund on their purchase. If the device isn’t eligible for credit, Apple will recycle it for free.8
When customers buy online from Apple, they can make their new iPad their own with free engraving.

● Customers get 3 percent Daily Cash when they buy iPad from Apple with Apple Card.

● Customers can extend their limited warranty with AppleCare+ and get 24/7 priority access to technical support.

● Every customer who buys iPad from Apple can enjoy free Personal Setup in-store or online, and receive guidance on how to customize their iPad, set up email, find new apps from the App Store and more.

● Apple Arcade on the App Store will be available with iOS 13 as a subscription for $4.99 per month and is launching with a one-month free trial.9 Users get unlimited access to the entire catalog of over 100 new, exclusive games, all playable across iPhone, iPad, iPod touch, Mac and Apple TV.

● Apple TV+ will be available on the Apple TV app on iPhone, iPad, Apple TV, iPod touch, Mac and other platforms, including online (tv.apple.com), for $4.99 per month with a seven-day free trial. Starting today, customers who purchase any iPad can enjoy one year of Apple TV+ for free.10
Apple Arcade on the App Store and Apple TV+ on the Apple TV app join Apple’s breakthrough services that include Apple Music, Apple News+, Apple Pay and iCloud.

● Anyone who wants to learn more or go further with iPad or iPadOS can sign up for free Today at Apple sessions at apple.com/today. 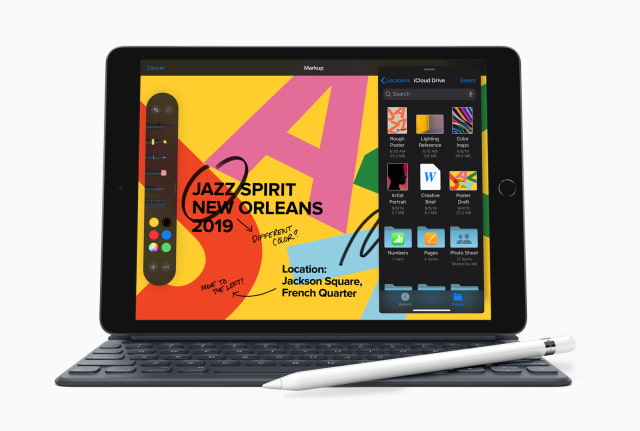 wuwinso - September 10, 2019 at 9:27pm
“latest innovations including Apple Pencil2 support” your copy paste is bad. It was supposed to be pencil(2) as a second clause saying that its not included in the price, your copypaste gives the impression that the ipad is 2nd gen ipencil compatible
Reply · Like · Mark as Spam
Recent