Filings for an 'Apple Inc. Wireless Headset' model number A2015 were made public today. The documentation also refers to the device as 'Power Beats Wireless'.

It's likely these earphones are the 'Powerbeats4' model previously leaked in iOS 13.3 and iOS 13.3.1. They are expected to feature an H1 chip enabling 'Hey, Siri' and 'Announce Messages With Siri' support.

Another notable improvement from Powerbeats3 is the wire connecting the earbuds. It will run from earhook to earhook; rather than from earbud to earbud. You can see this in the FCC label artwork diagram and in leaked images from iOS.

Apple's Powerbeats3 earphones are currently discounted to $79.99 ahead of the new model. They list for $199.99 and we're expecting Powerbeats4 to launch soon at around that price. 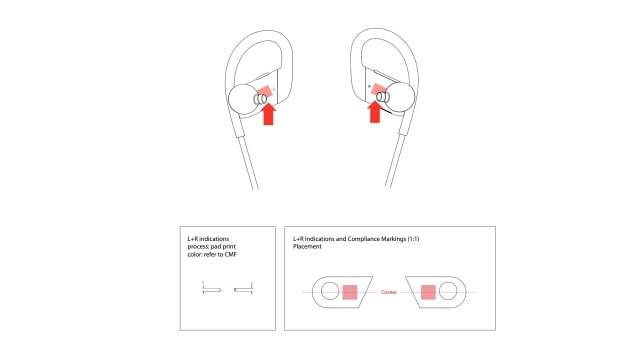