Apple may be renaming its mobile operating system from 'iOS' to 'iPhoneOS'. Leaker Jon Prosser suggested the change on Twitter by simply tweeting 'iPhone OS'.

The move isn't much of a stretch as Apple already has macOS, iPadOS, watchOS, and tvOS. Apple would like announce the change when it unveils its new software updates at WWDC 2020. The keynote address is scheduled for June 22 at 10:00 a.m. PDT and can be watched on YouTube.

In addition to unveiling its next major software updates, Apple is rumored to be announcing a plan to transition Macs to custom ARM-based processors at the event.

Do you think Apple should rename iOS? 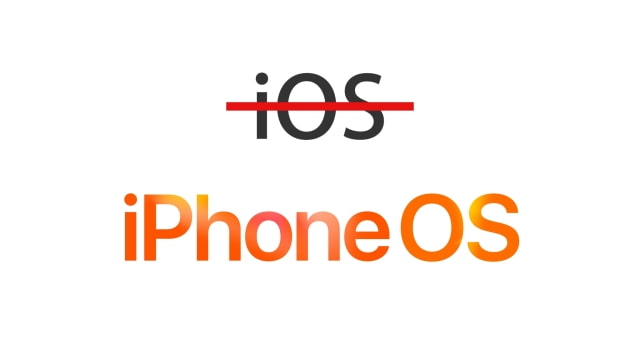