Apple has officially announced a special event that will take place on September 15th.

The company posted an invitation to the virtual event on its Events page moments ago.

Apple will purportedly unveil two basic and two high-end iPhone models this year that all feature OLED displays and 5G modems. The two basic iPhones will have 5.4-inch and 6.1-inch screen sizes while the Pro models will come in 6.1-inch and 6.7-inch displays sizes. The iPhones are said to feature squared off edges similar to the iPad Pro with the high-end models having stainless steel edges versus aluminum on the regular models. A dark blue color option will be available for the Pro models, replacing Midnight Green. An A14 processor will provide significant performance improvements and similar to the iPad Pro, the larger Pro phones are said to come with a LiDAR camera.

In addition to new iPhones, Apple is also working on a new iPad Air with an edge-to-edge screen, a successor to the Apple Watch Series 5 and a replacement for the Apple Watch Series 3. That lower-end model will compete with fitness devices such as those from Fitbit. The Series 6 will allegedly feature a blood oxygen sensor, an S6 chip, longer battery life, sleep tracking, and mental health abnormalities detection.

It's also reported that that Apple will finally launch its long awaited over-ear headphones this fall, an AirTag tracking accessory, and a smaller HomePod that will bring a lower price point.

Apple could unveil all these devices at one event or it could hold a second event later in the year. The company has also announced that it will release at least one new computer with its own custom designed processor by the end of 2020. 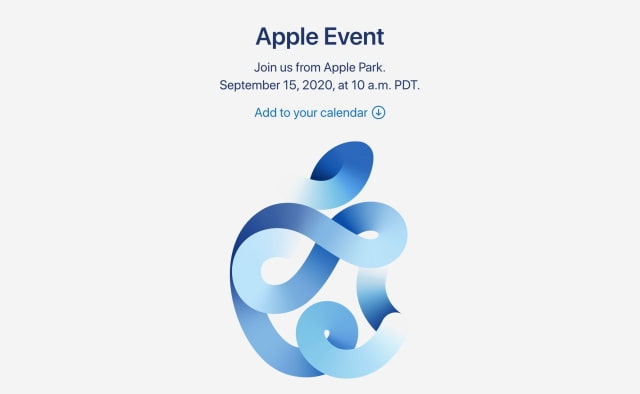