In a post on Weibo, CEO Lei Jun said the removal would ease the burden on the environment...

-----
Xiaomi Mi 11 is officially unveiled with brand new packaging, so light and thin.
Behind the thinness, we made an important decision: in response to the call of technology and environmental protection, Xiaomi 11 canceled the random charger.

Today everyone has a lot of idle chargers, which is both your trouble and the burden of the environment. We are well aware that this decision may not be understood or even complained. Is there a better solution between industry practice and environmental protection? Next Monday, let’s talk at the #小米11# press conference
-----

Shortly after the unveiling of the iPhone 12, Xiaomi posted a short video clip touting the inclusion of a power adapter with the Mi 10T Pro.

"Don't worry, we didn't leave anything out of the box with the #Mi10TPro."

Similarly, Samsung had posted on Facebook mocking Apple's decision to not a include a charger but is now expected to follow suit as well. 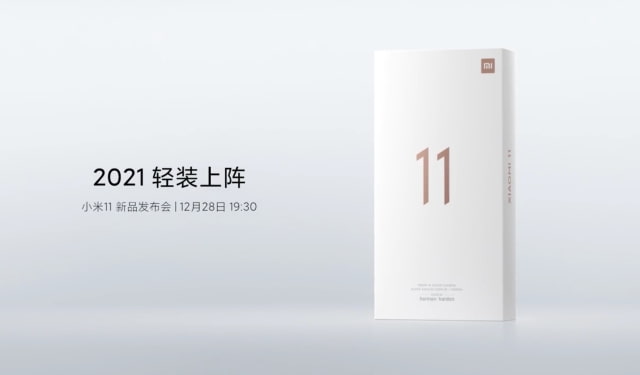 smallwolfdan - December 28, 2020 at 2:40pm
This is not true, Xiaomi offered same price with two options, with charger or without, we have the right to choose
Reply · Like · Mark as Spam

McApple1 - December 28, 2020 at 12:20am
It’s not like being unable to buy a charger separately and ship it to your own home is a first world problem.
Reply · Like · Mark as Spam

abubakarsaeed901@yahoo.com - December 27, 2020 at 7:17pm
All this phone industry copy from iPhone but sometimes they want to play gimmick to make them look like they know better unfortunately they know shit
Reply · Like · Mark as Spam

1reader - December 27, 2020 at 4:51pm
Yeah right environment... they all mock apple and they follow... if they can fool people and make money why not use the same formula?!
Reply · Like · Mark as Spam
Recent