A 3D printed mockup of the iPhone 13 Pro allegedly reveals its new design. The mockup was obtained from Alibaba sources by Macotakara.

The notch appears smaller and the earpiece has moved into the top bezel. 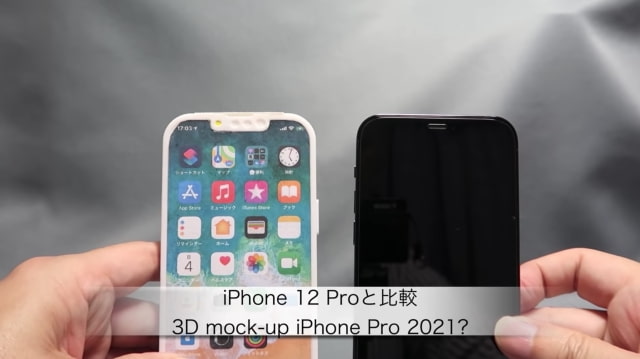 Notably, this appears to match front glass panels that leaked last month. No changes in the rear camera housing were found.