The rumored dual lens iPhone 7 Plus will reportedly be named the iPhone Pro, according to a report from MyDrivers. The new name would distinguish the device from the iPhone 7 and iPhone 7 Plus.

Notably, KGI Securities analyst Ming-Chi Kuo has repeatedly predicted that Apple is working on two versions of the iPhone 7 Plus, one with a single lens camera and the another with a dual lens camera.

While Apple has used the same naming scheme for quite some time, rumors suggest that the company may make some changes starting in March with the launch of a 4-inch iPhone SE and a 9.7-inch iPad Pro.

There's still some time before the iPhone 7 debuts this fall but already we've heard reports that it will be water resistant, ditch the headphone jack, and lose some visible antenna bands. Please follow iClarified on Twitter, Facebook, Google+, or RSS for updates. 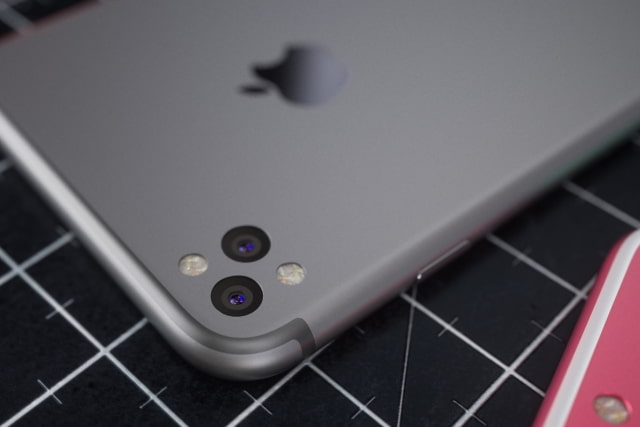 Average Reviewer - March 1, 2016 at 5:35am
Okay let's get something straight, there is absolutely nothing about iOS that is "Pro" there just isn't. No one can make a valid argument for it. As an iPhone user even I admit this. I hope that this rumor isn't true.
Reply · Like · Mark as Spam

Average Reviewer - March 1, 2016 at 3:37pm
You you stupid? Yes I know that ... What I'm saying is just like with the iPad Pro if they made an iPhone Pro it wouldn't be pro because nothing about iOS is pro
Reply · Like · Mark as Spam
8 More Comments
Recent