Apple has registered six new iPads with the Eurasian Economic Commission (EEC) as rumors predict a new iPad mini and 10-inch iPad will soon launch. The listings were spotted by mysmartprice.com.

The Eurasian Economic Commission (EEC) has certified multiple unannounced iPad models running on iOS 12. These include A2123, A2124, A2153, A2154, A2133, and A2152. It is possible that some of these could be variants of the rumored iPad Mini 5 and two entry-level iPads with a 10-inch display. As you can see in the screenshot below, the EEC listings do not reveal any other information regarding the certified iPad models.

Little information has leaked about the design of the new devices; however, we'd expect Apple to drop the Home button and move to a full screen display with a notch, as it has done with all its recent updates. Apple is also expected to release new AirPods and its AirPower wireless charging mat in the near future. 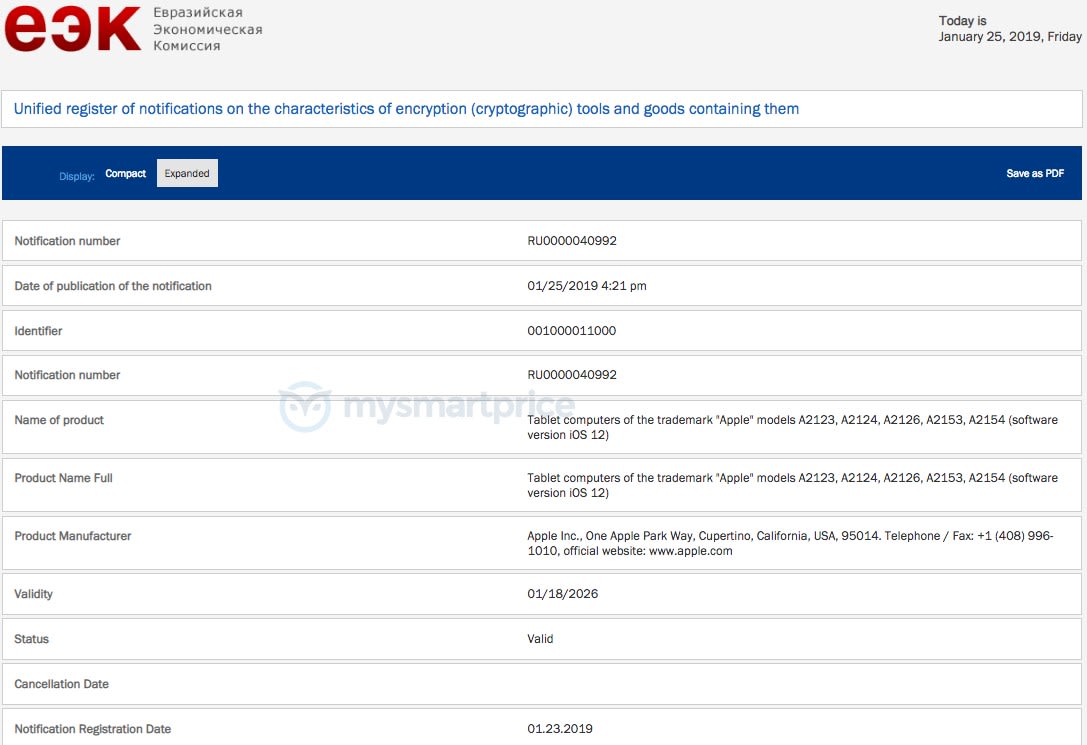 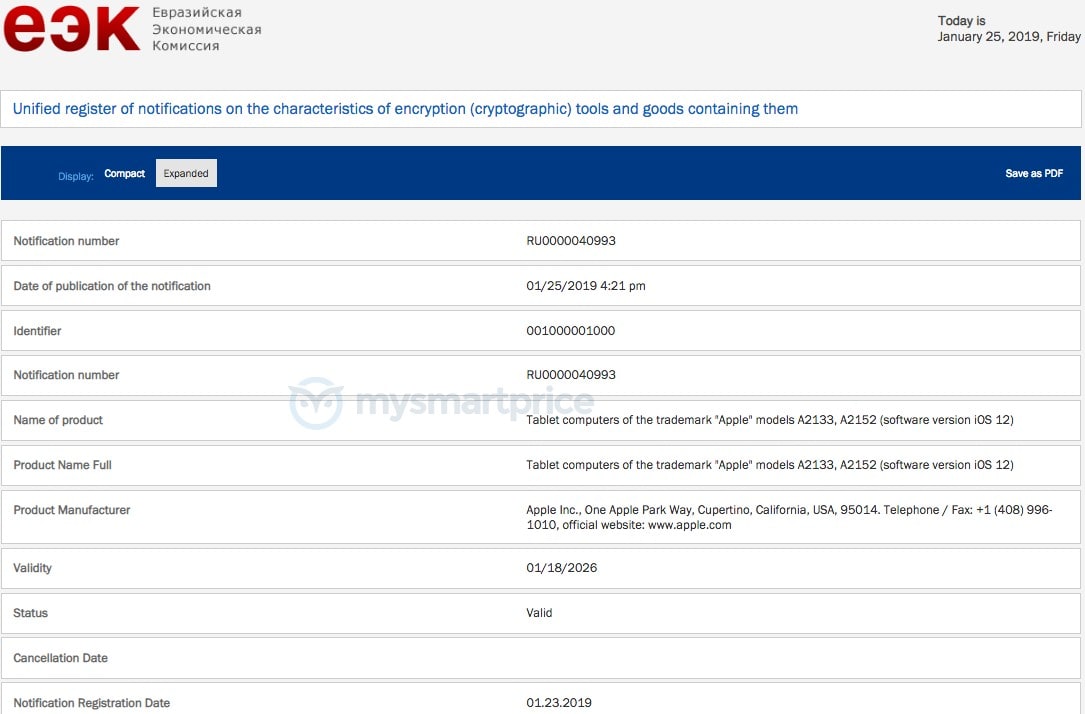