The first photos of a functional iPhone 7 prototype have allegedly been leaked by GeekBar.

Posted to Weibo, the photos show a gold iPhone 7 with no headphone jack, two speakers for stereo audio, simplified antenna bands, and a larger camera.

Additionally, we see a variety of apps present on the iPhone for testing the device including Alto, Console, DropTest, GrapeCal, MMI, MesaCal, QRCode, Reliability, Sequencer, USBHost, and WiPASmini.

While we have seen plenty of iPhone 7 mockups leaked. This is the first one that claims to be an actually prototype.

UPDATE:
There is now a video of the prototype. Watch it here! 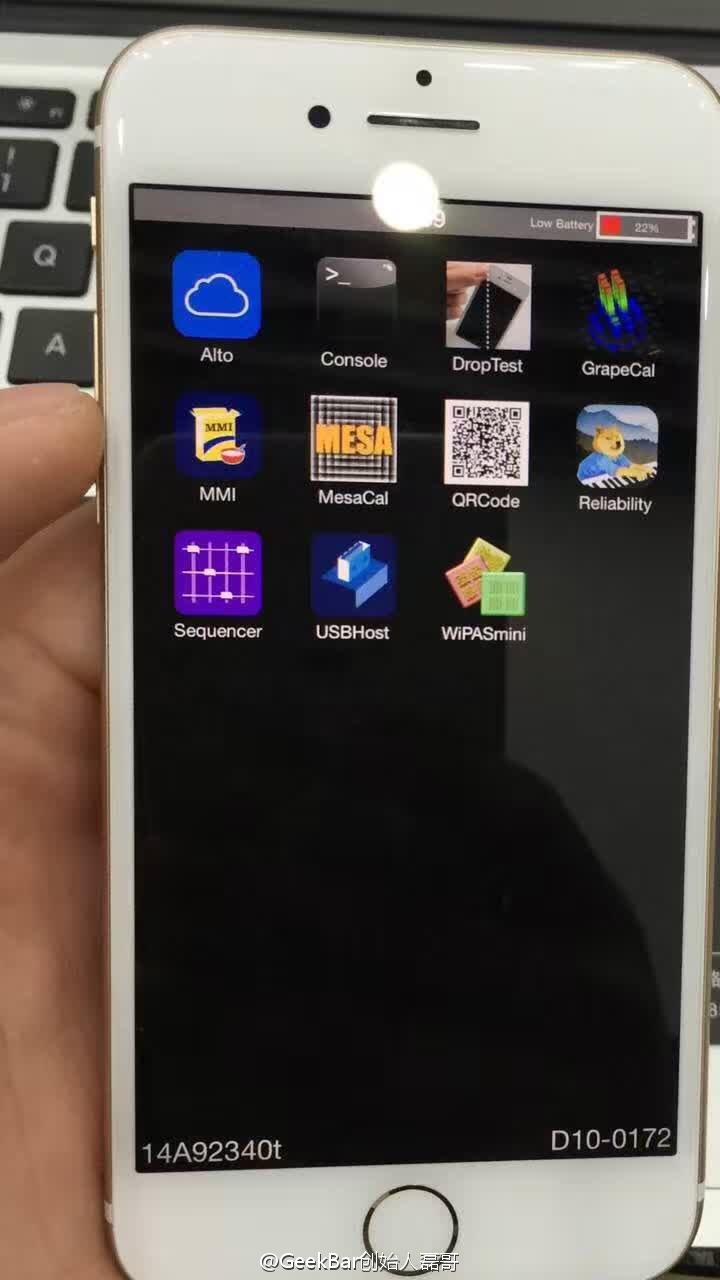 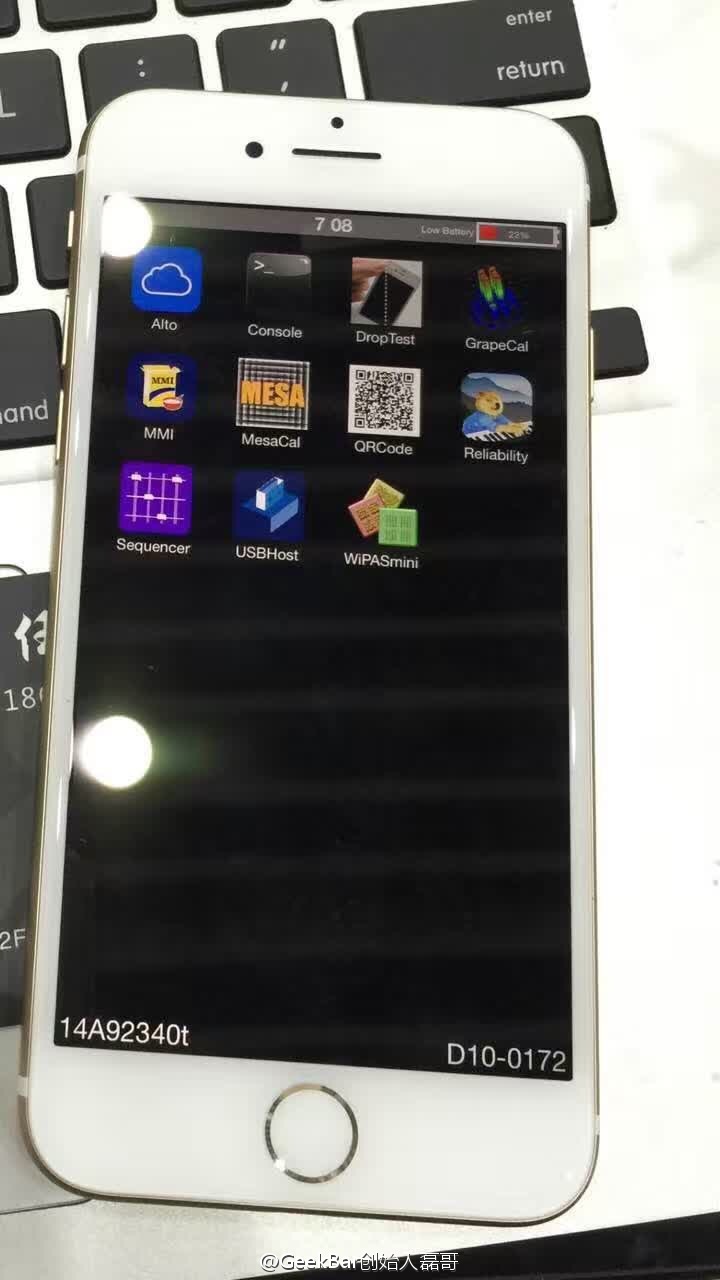 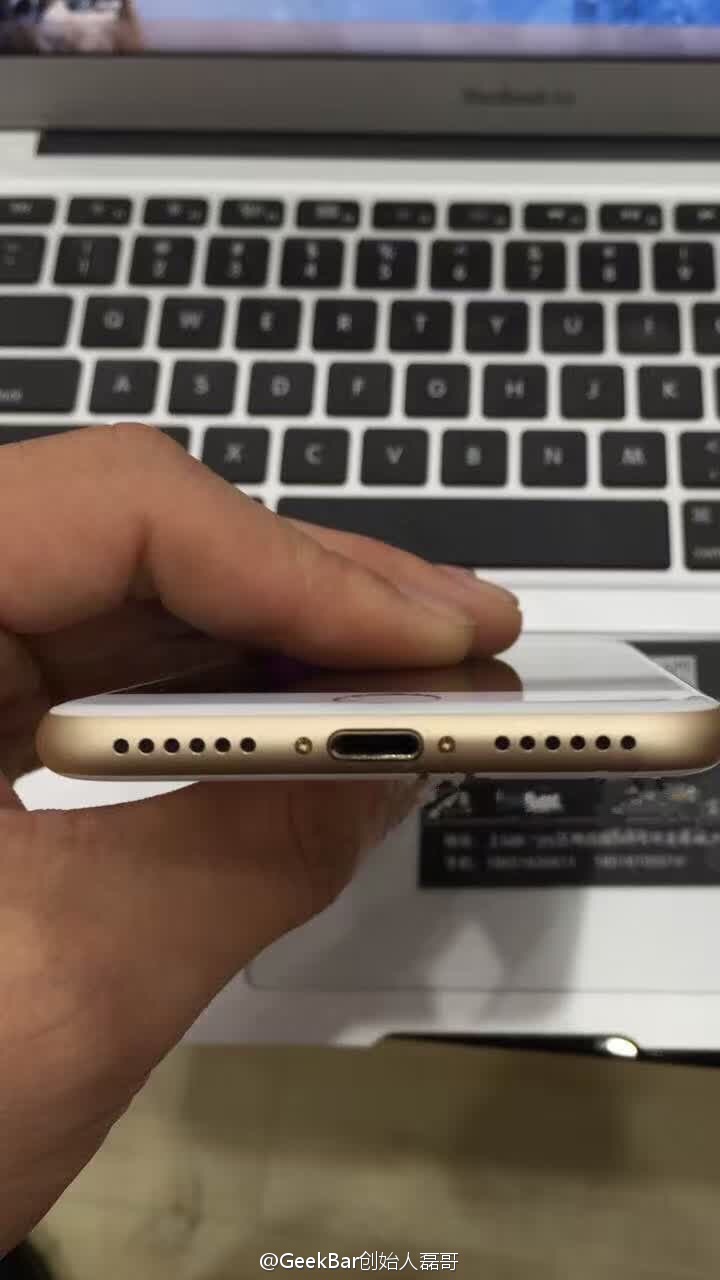 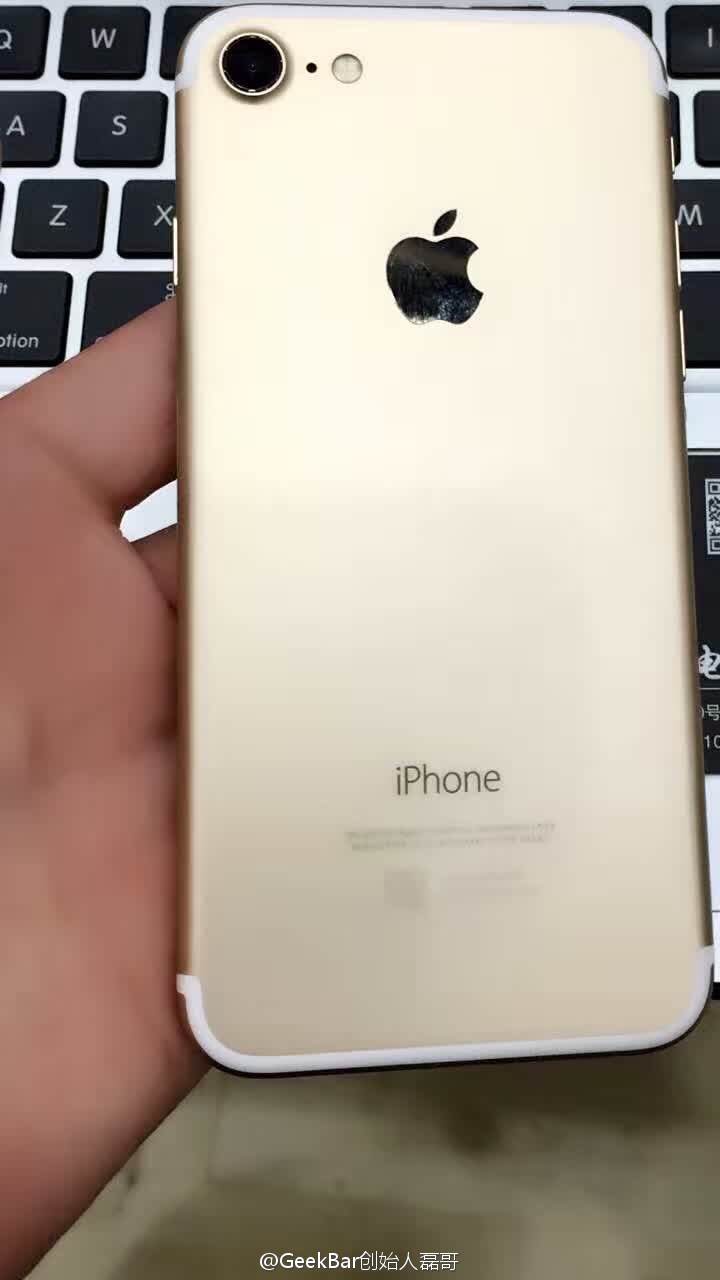 Greynn - August 7, 2016 at 12:02am
"same shit" my ass! Still don't have every detail from inside out about the entire shell and the internal parts. Bye friend! Staying on the good 7, the iPhone. Best!
Reply · Like · Mark as Spam

Hiran - August 5, 2016 at 3:08am
Same old boring design for the third consecutive year. We Apple fans are screwed. Nothing big came after Steve Jobs. These people don't even know to change the design at least once a year. Disappointed
Reply · Like · Mark as Spam

Byup - August 5, 2016 at 11:37am
It's not the same. 7 Pro has the lightning connector, all models have a second speaker grill which means we finally get stereo speakers along with possibly a lightning headphones which could also mean better sound from that port, the camera is slit key bigger but a bit less protrude, and all models are thinner and have a bit simplified antenna lines that make the models look a bit better. As for everything else, Apple fans aren't screwed because we still don't know every physical part of the shells from the inside yet, I hope you haven't been living under a rock because you act like you don't know anything groundbreaking Apple has done that continues to show competition copying them, but to assume Apple not changing the design alter the transitions from 4s to 5 and 5s to 6 I mean come on!!! Inexcusable Mr. Despicable!!!!
Reply · Like · Mark as Spam
30 More Comments
Recent