The MacBook Pros aren’t likely to debut at an event currently scheduled for Sept. 7 to introduce next-generation versions of the iPhone, according to one of the people.

This date aligns with what we've been expecting based on a few leaks from Evan Blass who 'confirmed' that pre-orders are scheduled to start September 9th ahead of a September 16th release date.


It's widely expected that the iPhone 7 will feature simplified antenna bands, a larger camera, no headphone jack, and a second speaker for stereo audio. The iPhone 7 Plus is expected to get a dual lens camera for better zoom, 3GB of RAM, and possibly a Smart Connector. Other predictions for both devices include water proofing, a new space black color, and a Force Touch Home button with haptic feedback. 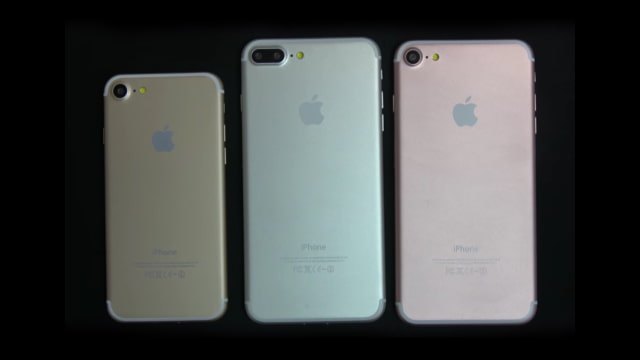 (>~>) - August 11, 2016 at 4:02am
More like slowly is dying. Apple needs to step up their game, because they are slowly fading away while Samung continues to innovate most recently with their Note 7 with the iris scanner and added waterproofing and USB C
Reply · Like · Mark as Spam

^~^ - August 11, 2016 at 4:37am
Apple did step up their game. iPad Pro is like it has the No. 2 pencil but drawn digitally which took drawing to the next level, the Apple Watch that beats the competition even in satisfaction survey, as for the iPhone? The only way Samsung tries to stay ahead is always waiting for Apple to make what they can in their phones just so they can copy them in a vain attempt to make their version better rather than be new. It continues to show how they entered the mobile market to begin with. With all that said, apple isn't dying because they have endless sugar to keep them going and still going strong. Slowly dying my ass!
Reply · Like · Mark as Spam

Bearcat - August 10, 2016 at 3:59pm
Does anyone actually use or care about the force touch function?
Reply · Like · Mark as Spam
4 More Comments
Recent