Worldwide smartphone sales declined last quarter for the first time ever, according to a Gartner report.

Gartner notes that Samsung saw a year-on-year unit decline of 3.6 percent in the fourth quarter of 2017, but this did not prevent it from defending its No. 1 global smartphone vendor position against Apple. 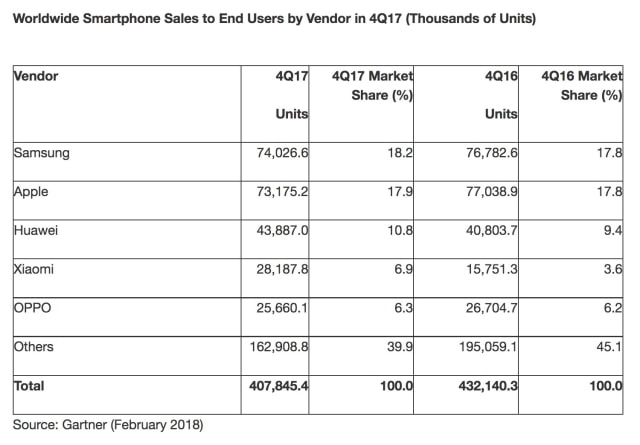 Although, Apple's market share stabilized in Q4, iPhone sales fell 5 percent. "Apple was in a different position this quarter than it was 12 months before," said Mr. Gupta. "It had three new smartphones — the iPhone 8, iPhone 8 Plus and iPhone X — yet its performance in the quarter was overshadowed by two factors. First, the later availability of the iPhone X led to slow upgrades to iPhone 8 and 8 Plus, as users waited to try the more-expensive model. Second, component shortages and manufacturing capacity constraints preceded a long delivery cycle for the iPhone X, which returned to normal by early December 2017. We expect good demand for the iPhone X to likely bring a delayed sales boost for Apple in the first quarter of 2018," added Mr. Gupta. 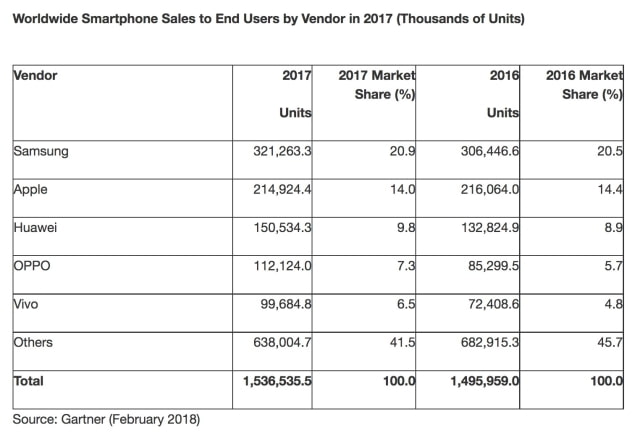 In operating system market share, Google's Android extended its lead over iOS capturing 85.9% of the market. Up 1.1% from a year ago. 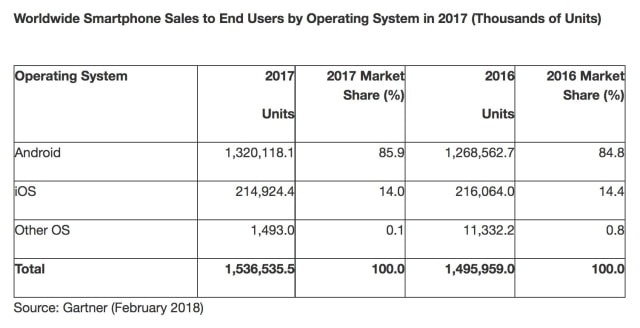 James D - February 22, 2018 at 8:55pm
because everyone is starting to realize we dont get new phones anymore, we get the same phone from the previous year with better graphics, a faster chip(slow down the older models), and a better camera. I miss the days when a new phone meant new features.
Reply · Like · Mark as Spam
Recent